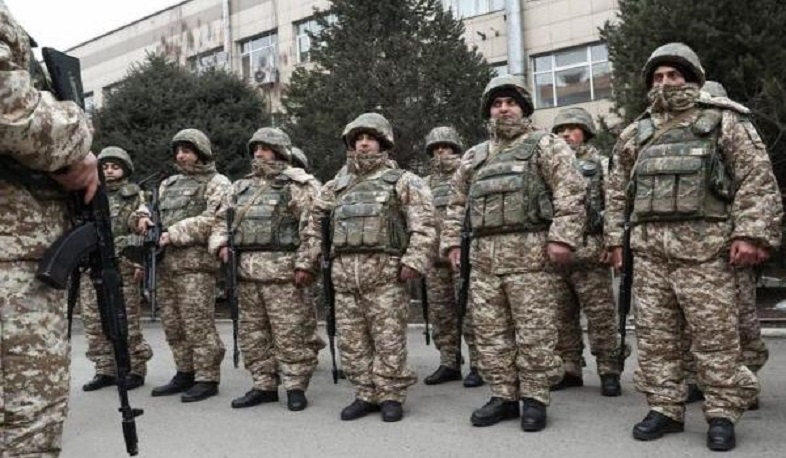 One of the main tasks of the Armenian peacekeeping unit in Almaty is to “prevent terrorists from contaminating the local water pipeline,” the commander of the republic’s peacekeeping unit Major Hayrapet Mkrtchyan told reporters on Wednesday, TASS reports.

“One of the main tasks at the Druzhba water intake is to prevent water contamination,” he said.

According to the commander, the water intake is a strategic facility, and there was a theoretical threat of its contamination.

Peacekeepers from Armenia in Almaty are also ensuring the safety of one of the largest bakeries.

In accordance with the decision of the CSTO Collective Security Council, adopted on January 6, 2022, the Collective Peacekeeping Forces of the CSTO were sent to Kazakhstan for a limited period of time to help stabilize and normalize the situation. The group included units of the armed forces of Russia, Belarus, Armenia, Tajikistan and Kyrgyzstan.

Kazakhstan’s President Kassym-Jomart Tokayev said on Tuesday that the withdrawal of the CSTO peacekeeping contingent would start in two days.