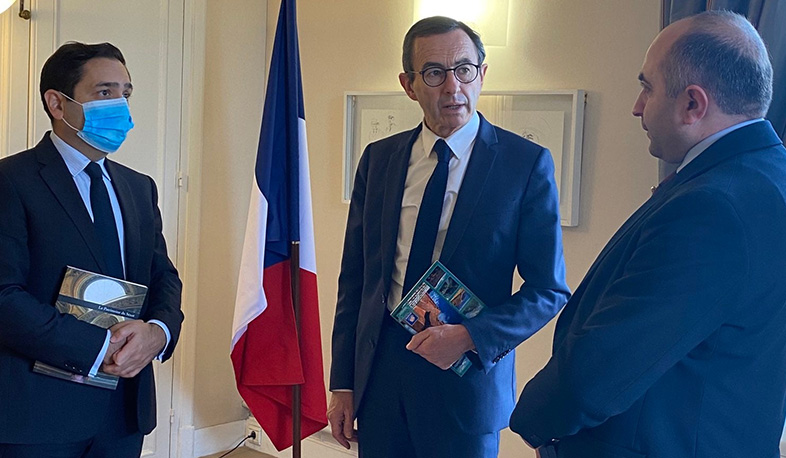 International Awareness Group on Artsakh (Nagorno-Karabakh) was created in the French Senate. Hayk Khanumyan, the Minister of Territorial Administration and Infrastructures of Artsakh Republic posted this on his Facebook page.

“During the visit to France in November, I have discussed this idea with Bruno Retailleau, the President of the Republicans group in the Senate.

I have thanked the Senator for initiating the resolution of the senate on recognizing the Artsakh Republic and suggested to create an official group in the senate on Artsakh.

Hours ago, Retailleau informed with a Twitter post that the group already exists. For this important event we should emphasize the efficiency of work of the Artsakh permanent representation in France”, wrote Khanumyan.