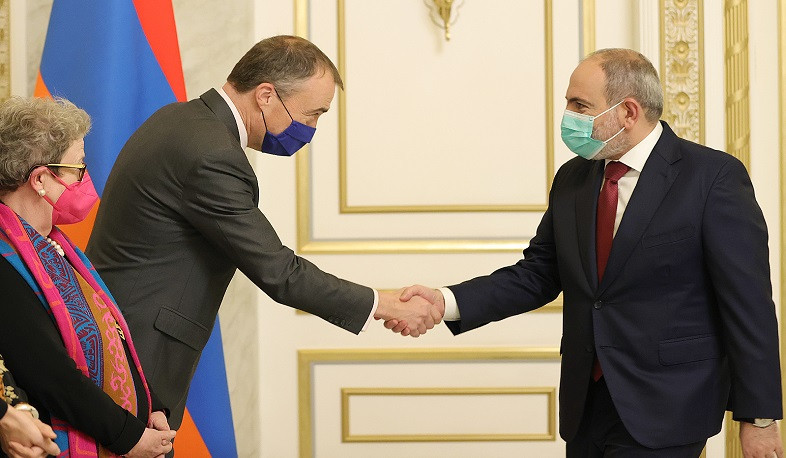 Prime Minister of Armenia Nikol Pashinyan received today the delegation led by EU Special Representative for the South Caucasus and the Crisis in Georgia Toivo Klaar.

The Prime Minister assessed Republic of Armenia-EU cooperation as effective, highlighted the forthcoming Eastern Partnership Summit in Brussels in the context of the development of bilateral partnership.

The EU Special Representative conveyed to the Prime Minister of Armenia the greetings of the President of the European Council Charles Michel and reaffirmed the EU's readiness to continue the efforts aimed at strengthening Armenia-EU ties.

Nikol Pashinyan and Toivo Klaar exchanged views on bilateral relations, as well as on issues of regional significance. Issues related to the agenda of the Eastern Partnership Summit to be held in Brussels on December 15 were discussed.