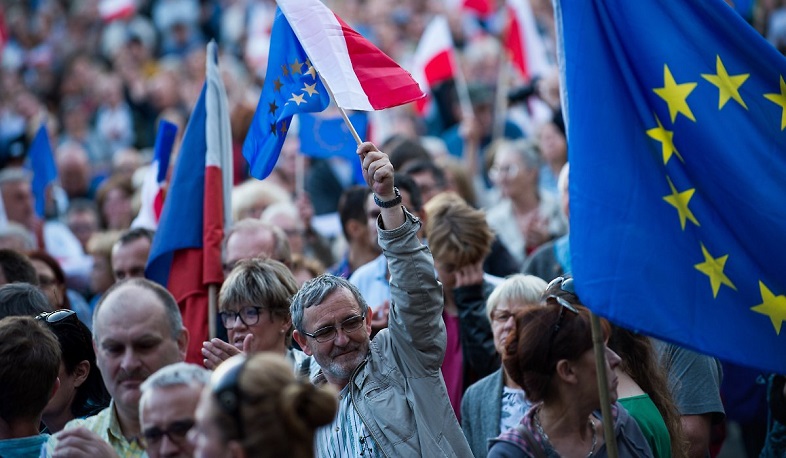 Poland ordered to pay more than $1 million a day in fines amid E.U. dispute

The European Court of Justice on Wednesday ordered Poland to pay a daily penalty of $1.2 million until it complies with an earlier ruling regarding its controversial overhaul of its judiciary, The Washington Post reports.
Compliance “is necessary in order to avoid serious and irreparable harm to the legal order of the European Union and to the values on which that Union is founded,” the court said in a statement.
Poland and the European Union are in the midst of a bitter dispute over changes to the country’s court system by Poland’s ruling Law and Justice party.
Earlier this month, Poland’s top court ruled that the country’s own laws had primacy over those of the European Union, shaking the foundations of the 27-member bloc’s accepted legal order. That led to questions over whether Poland can continue to remain in the union if it does not accept its legal framework, though the Polish government has dismissed talk of a “Polexit” - Poland leaving the European Union - as “fake news.”
Views 46