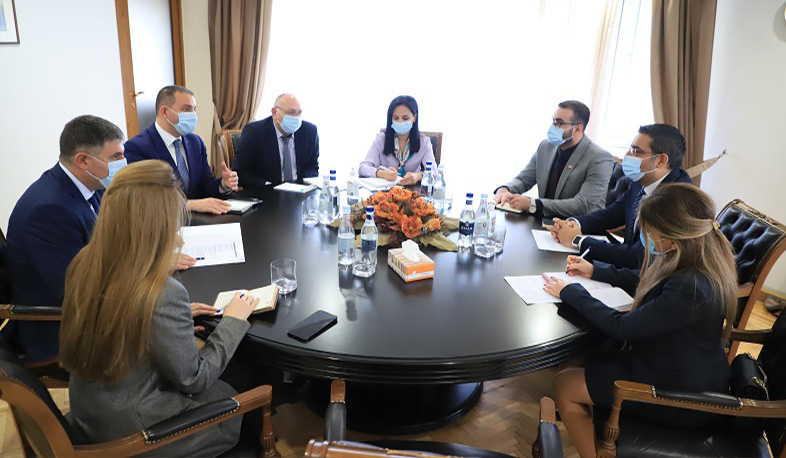 Means to develop and consolidate the standing friendship relations between Syria and Armenia were the main points of discussion during a meeting held Monday between Vahan Kerobyan, Armenian Minister of Economy, and Syrian Ambassador to Armenia Mohammed Haj Ibrahim.

Kerobyan affirmed Armenia’s keenness on developing cooperation with Syria, saying “The economic relations should be upgraded to be up to the high-level political and humanitarian relations between both countries.”

The Armenian Minister expressed his country’s willingness to take practical steps in this regard.

Talks during the meeting dealt with the draft agreements and protocols which will be signed during the next meeting of the Syrian-Armenian Joint Governmental Committee.

Kerobyan, who heads the Armenian side at the aforementioned committee, expressed desire to hold a forum for businessmen from both sides.

He underlined the importance of running direct flights between the two countries for further enhancing the economic relations.

The facilitations and privileges that can be granted to the two countries’ industrialists were also on the table, as well as the methods of developing trade ties and increasing the trade exchange.

For his part, Ambassador Haj Ibrahim highly appreciated the stance of the Armenian government and people towards Syria and its people throughout the crisis.

He wished progress and prosperity for Armenia and its people, underlining the importance of holding the Syrian-Armenian Joint Governmental Committee.