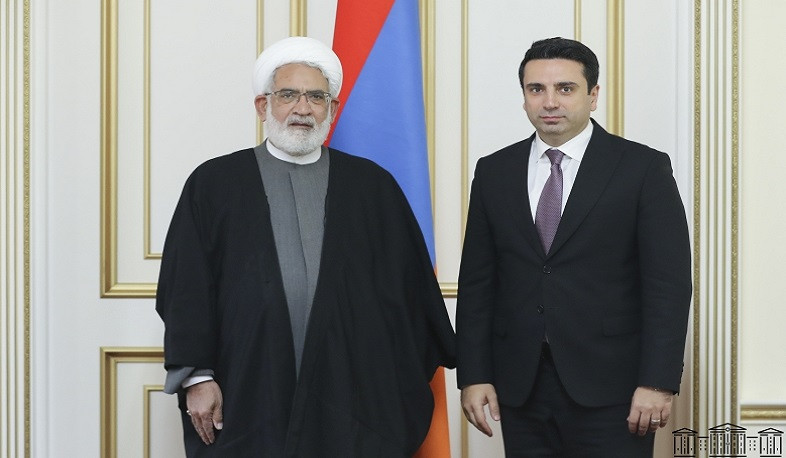 The Speaker emphasized that in recent years the political dialogue between the two countries has significantly intensified, which is a solid basis for the development of interstate relations in different spheres. Simonyan expressed confidence that the visit of Mohammad Jafar Montazeri will contribute to the strengthening of bilateral friendly ties.

Emphasizing the inter-parliamentary cooperation in terms of deepening mutually beneficial cooperation, Simonyan assured that as the head of the legislature, he is ready to support the implementation of any initiative in the interests of the two countries.

According to Simonyan, the cooperation between Armenia and Iran can serve as a good example for countries guided by the agenda of peace, development and dialogue between civilizations.

According to the Speaker, Iran's role and potential in reducing tensions, establishing stability in the region is obvious, a clear example of which is Iran's firm position on the inviolability of the borders of Armenia.

Issues related to peace and security in the region, including the arrest of two Iranian truck drivers by the Azerbaijani police on the Goris-Kapan road in the village of Vorotan, were touched upon.

Mohammad Jafar Montazeri emphasized the key role of the parliaments in terms of the development of inter-state relations. Iran's Prosecutor General, prioritizing security in the region, highlighted the fight against the infiltration of terrorist groups. According to him, for Iran its security and the security of its neighbors is very important and are interconnected. It was noted that only in the conditions of lasting and stable security in the region it will be possible to effectively develop bilateral and multilateral relations.