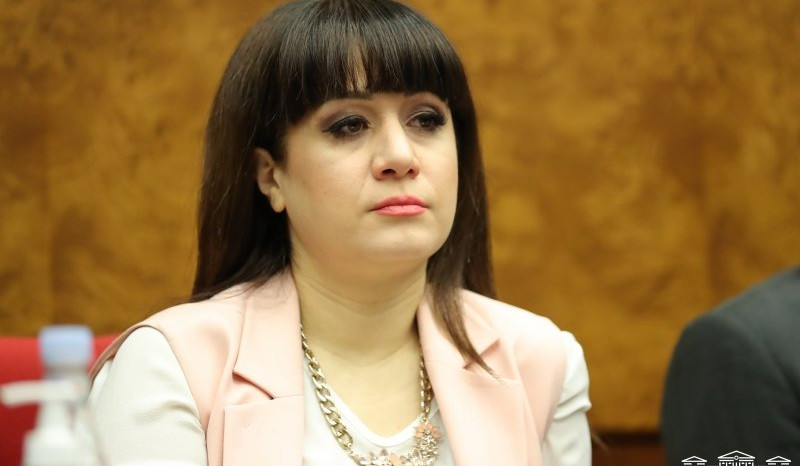 As we reported earlier, within the framework of the PACE autumn session, it adopted a resolution on the humanitarian consequences of the Artsakh (Nagorno-Karabakh) conflict - with 80 votes in favor, 18 against and 3 abstentions. The Azerbaijani and Turkish delegations voted against the resolution.

The purpose of the resolution is to help eliminate the effects of the conflict on humanitarian issues.

Member of the Armenian delegation, NA deputy Nazeli Baghdasaryan made a speech on the report.

“One year ago, Azerbaijan with the direct support and involvement of Turkey, launched full scale attack against ethnic Armenians in Nagorno-Karabakh.

Since then the hundreds of the Armenian prisoners of war and civilians have been held captive in Azerbaijan. The number of Armenian POWs still remains unclear. Azerbaijan authorities do not publish the exact numbers of captives without any legal grounds and in gross violation of human rights requirements as per The Third Geneva Convention.

Approximately 90 percent of the alleged cases provided photo or video evidence, confirming that Azerbaijani forces had captured them and keep confined. Video Recordings of Armenian POW’s abuse have been posted on Azerbaijani accounts of social media. And now we realize, that from the very beginning of the war the Azerbaijani government established a special mechanism for processing and maintaining incoming captives in a way that abuse, beatings, torture, harassment, and intimidation are a customary practice. Systematic propaganda and strategically planted hatred against Armenians for over 20 years are worsening the conditions of the captives.

Armenian prisoners of war and other captives, most of whom are 18-22 years old Armenians, have been and are being held in inhuman conditions, deprived of food, water, sleep and medical treatment; they have been humiliated, degraded and dehumanized in every possible way.

During the last months Azerbaijan has repeatedly abused legal procedures, falsified the requirements of international law, and prosecuted Armenian POWs using deprivation of liberty as punishment. Labeling Armenian servicemen and civilians captured by the Azerbaijani armed forces as "terrorists" is a gross violation of international humanitarian law and international human rights law in general. We emphasize once again that, regardless of the date of captivity, all Armenian servicemen held in Azerbaijan, including civilians, are prisoners of war by their current status and should be treated as such.

There are still hundreds of individuals who remain in Azerbaijani custody. They must be identified, protected, and repatriated as soon as possible. The international community must pressure Azerbaijani government to release all Armenian POWs immediately,” Baghdasaryan said.