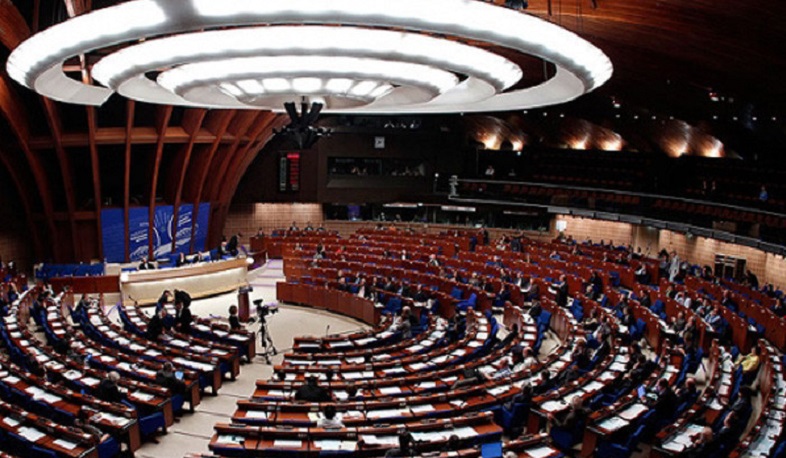 The Parliamentary Assembly of the Council of Europe (PACE) adopted today a resolution on “Humanitarian consequences of the Nagorno-Karabakh conflict,” member of Armenia’s delegation to PACE Ruben Rubinyan informs.

“Contrary to Azerbaijan’s recent attempts to remove the name Nagorno-Karabakh from international documents (the President of Azerbaijan made such a call from the UN rostrum two days ago), the Armenian delegation managed to change the title of the resolution, the text of the resolution, to include the phrase “Nagorno-Karabakh conflict,” which is very important,” Rubinyan said.

In the resolution the Assembly recalls that both Armenia and Azerbaijan committed themselves, upon their accession to the Council of Europe in January 2001, to use only peaceful means for settling the conflict. Therefore, the 6-week war in 2020 constitutes a breach of these commitment.

The Assembly notes that under Article 8 of the Trilateral statement “An exchange of prisoners of war … is to be carried out” and that both countries claim to have complied with this. The Assembly however notes the concerns of the European Court of Human Rights, communicated to the Committee of Ministers of the Council of Europe on 16 March 2021, in relation to 188 Armenians allegedly captured by Azerbaijan (some of whom have since been returned to Armenia). In this connection the Assembly:

The Assembly is concerned about the many allegations of crimes, war crimes and other wrongful acts levelled against both Armenia and Azerbaijan during the 6-week war. It notes the individual cases and inter-state cases brought before the European Court of Human Rights, including by Armenia against Azerbaijan on 18 October 2020 and against Turkey on 9 May 2021, and by Azerbaijan against Armenia on 26 October 2020.

Among allegations made by both sides, backed up by reputable international NGOs and a wealth of information available from different sources, there is worrying evidence of the use by Azerbaijan, with Turkey’s assistance, of Syrian mercenaries, and the use by Armenia of Armenians from different countries as foreign fighters.

In the light of the highly disconcerting information above, the Assembly calls on Armenia and Azerbaijan to fully
investigate the allegations and bring to justice anyone, including at command level, found to be responsible for
crimes, war crimes or other wrongful acts. Both countries should co-operate fully with the European Court of Human Rights on the complaints lodged against them, and Turkey is invited to do the same. Unless there is accountability and some form of truth and reconciliation, these allegations will poison relations between the two countries for generations, and the consequences of the conflict will linger.

The Assembly encourages the international community to continue to support Armenia and Azerbaijan and move
towards a more mid and long-term strategy to include not just recovery but also peace building and confidence-building measures.

The Assembly is greatly concerned by the increase in incidents at various points of the border since May 2021.There have been deaths and injuries and Armenian soldiers have been taken captive. The Assembly therefore calls on both sides to:

It condemns the destruction over the last 30 years of Armenian cultural heritage in Azerbaijan for which Azerbaijan is responsible, notably in Nakhchivan Autonomous Republic, and condemns the damage deliberately caused to cultural heritage during the 6-week war, and what appears to be the deliberate shelling of the St. Holy Saviour; Ghazanchetsots Cathedral in Shushi, as well as the destruction or damage of other churches and cemeteries during and after the conflict.

It remains concerned, in the light of past destruction, about the future of the many Armenian churches, monasteries, including the monastery in Khutavank/Dadivank, cross stones and other forms of cultural heritage which have returned under Azerbaijan control.

The Assembly expresses concern about a developing narrative in Azerbaijan promoting a “Caucasian Albanian” heritage to replace what is seen as an “Armenian” cultural heritage.

It recommends that Armenia and Azerbaijan allow UNESCO unlimited access to all cultural heritage sites in both countries to assess the damage and assess the steps necessary to safeguard what remains and invites UNESCO to look into the developing narrative promoting a “Caucasian Albanian” heritage, to ensure it is not manipulated by either side.