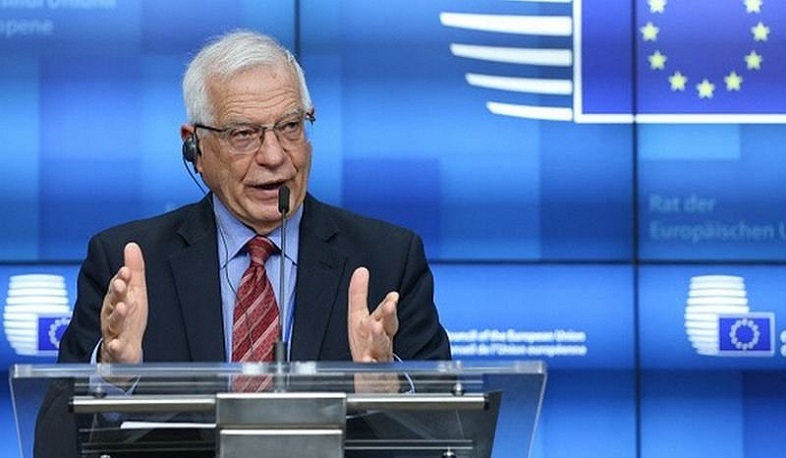 The White House has attempted to diffuse the backlash over its decision to exclude European Union partners from a new Indo-Pacific security pact, Euronews reports.
The "AUKUS" security partnership will see the US, UK and Australia strengthen their intelligence and military cooperation in the Indo-Pacific in a bid to counter growing Chinese assertiveness.
The main component of the pact is the acquisition by Canberra of nuclear-powered submarines built by the US and UK. Australia already had a contract with France for 12 diesel-powered submarines.
Paris has reacted angrily at the pact with Foreign Minister Jean-Yves Le Drian describing it as a "stab in the back" and comparing US President Joe Biden to his predecessor, Donald Trump, for the "unilateral, brutal, unpredictable decision."
France stands to lose about €56 billion due to the new initiative but is also the only European nation to have significant territorial possessions or a permanent military presence in the Pacific.
The White House and Secretary of State Antony Blinken said France had been informed of the decision before it was announced on Wednesday, although it was not exactly clear when. Blinken said Thursday there had been conversations with the French about it within the past 24 to 48 hours, suggesting there had not been an in-depth consultation.
The reaction from Brussels was also severe with EU foreign policy chief Josep Borrell telling reporters on Thursday: "I suppose that an agreement of this nature was not cooked up the day before yesterday. It takes a certain amount of time, and despite that, no, we were not consulted."
"That obliges us, once again … to reflect on the need to put European strategic autonomy high on the agenda," he added.
Although it's impossible to predict if any damage will be lasting, the short-term impact seems to have rekindled European suspicions of American intentions — with potential implications for Biden's broader aim to unite democracies against authoritarianism, focused primarily on China and Russia.
As it happened, the AUKUS partnership was announced hours before Borrell was scheduled to outline the 27-country bloc's strategy for boosting economic, political and defence ties in the Indo-Pacific. The EU said the aim is to strengthen and expand economic relations while reinforcing respect of international trade rules and improving maritime security. It said it hopes the strategy will result in more European naval deployments to the region.
US officials brushed aside the French and EU complaints on Thursday.
"There are a range of partnerships that include the French and some partnerships that don’t, and they have partnerships with other countries that don’t include us," White House press secretary Jen Psaki said. "That is part of how global diplomacy works."
Views 39