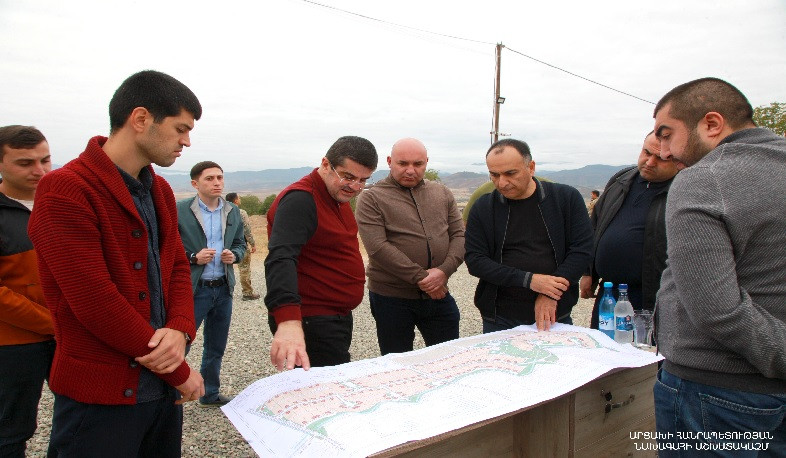 About 650 private houses to be built for those displaced from Azokh, Drakhtik, Karin Tak and Avetaranots

On September 10, Arayik Harutyunyan, President of Artsakh (Nagorno-Karabakh) visited the Askeran region’s Aygestan and Noragyugh villages where separate settlements are being built for the residents of Azokh and Drakhtik villages of the Hadrut region, Karin Tak village of the Shushi region, and Avetaranots village of the Askeran region. They were displaced as a result of the war unleashed by Azerbaijan in 2020. 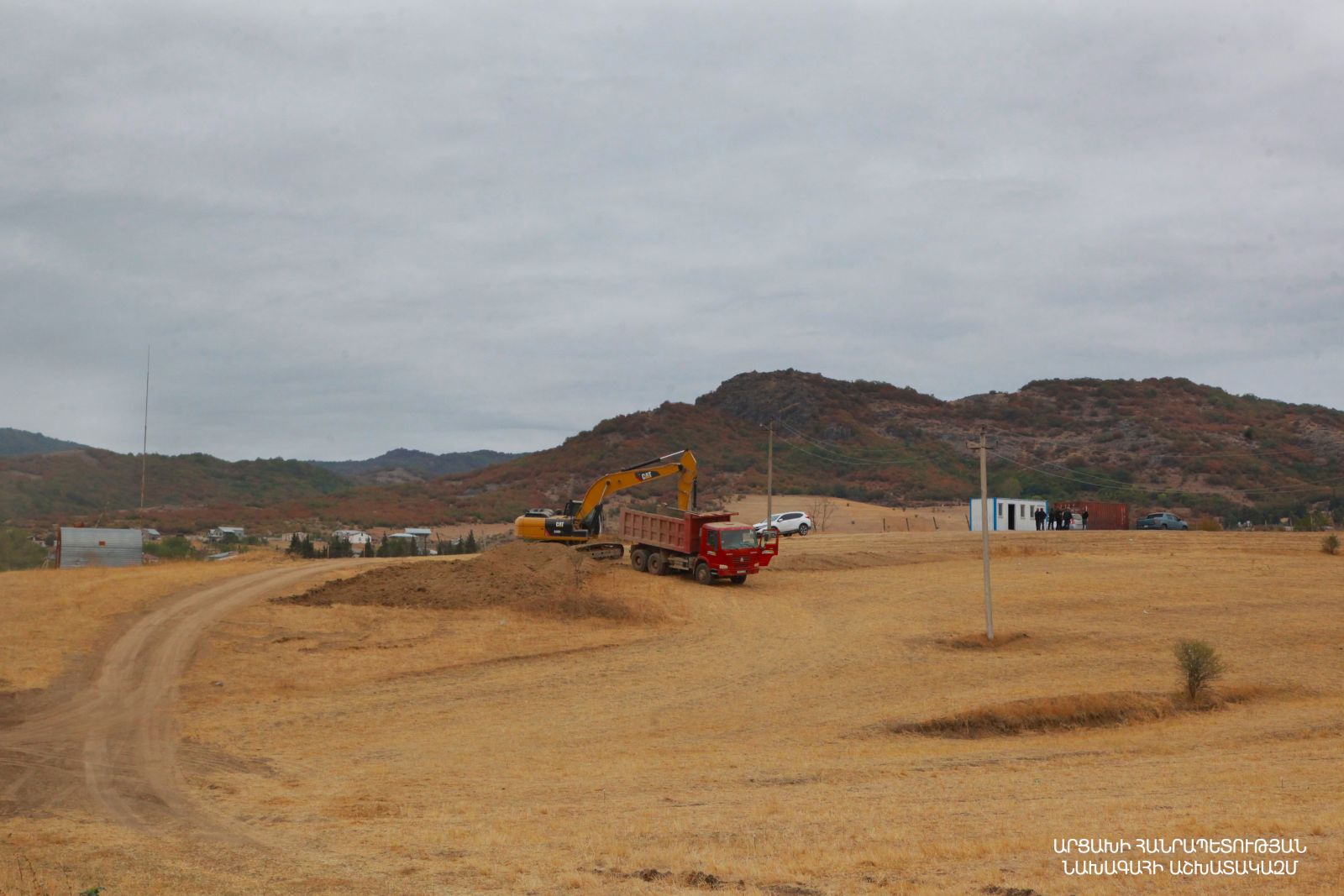 These settlements are being constructed with the funding provided to the Artsakh Government by the Government of Armenia.

Harutyunyan followed the start of this construction, and gave relevant instructions. These residential districts with about 650 houses will have all necessary infrastructures. The first houses will be ready in 2022, and the construction is planned to be completed in 2023.

President Harutyunyan stressed that providing housing to all families displaced by the third Artsakh war is at the special focus of the Artsakh state, and the Government will spare no effort to resolve this issue as soon as possible. The Artsakh President emphasized that in addition to housing construction programs, the state will assist displaced families in carrying out economic activities and ensuring their own income.