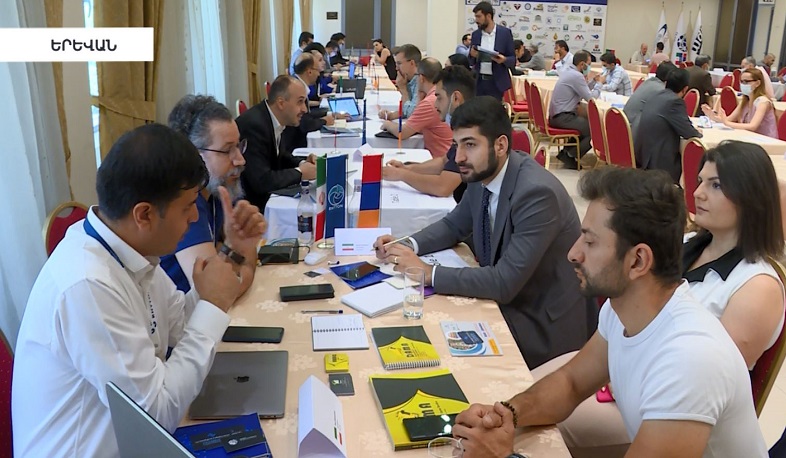 Thirty-seven Iranian and 66 Armenian companies in one platform, from agricultural to chemical production, from pharmaceutical to high technologies.

Armenian-Iranian business meetings have started in Yerevan, the aim of which is to give the businessmen of the two neighboring countries an opportunity for cooperation.

One of the Iranian pharmaceutical companies offered the Armenian businessmen to establish a joint production, to export the products to European and Eurasian countries.

“We have been processing and producing scorpion and snake venom for many years. It is mainly used in the production of anti-cancer, anti-stress drugs. These are expensive drugs - $10,000 per gram, but such drugs are twice as expensive, for example, in Europe. We offer our Armenian businessmen to establish a joint production with Iranian technology, with the involvement of Armenian specialists, to export their products to Europe, America and the countries of the Eurasian Union. We hope to cooperate,” says Mousavi Seyed Mustafa, representative of an Iranian company.