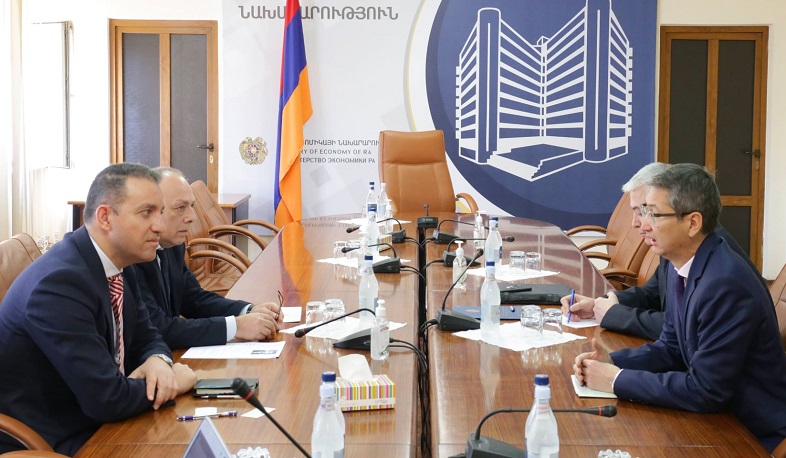 At meeting with Ambassador of Kazakhstan to Armenia, Vahan Kerobyan raised the issue of logistical problems between the two countries

During the meeting, Kerobyan highlighted the dynamic development of the Armenian-Kazakh commercial cooperation and expressed confidence that the cooperation between the two countries has a great potential for development.

Kerobyan raised logistical problems existing between the two countries, which obstructs the quick development process of the commercial ties.

In his turn, the Ambassador stated that during the political consultations between Armenia and Kazakhstan both sides attached importance to the re-opening of Yerevan-Nur Sultan-Yerevan direct flights. In this context, he proposed to consider creating a wholesale logistics center in Armenia.

At the end of the meeting, the officials agreed to contribute to the productive and active cooperation between Armenia and Kazakhstan within their powers. Discussions on areas of cooperation and the work on their implementation will be ongoing, about which the public will be regularly informed.