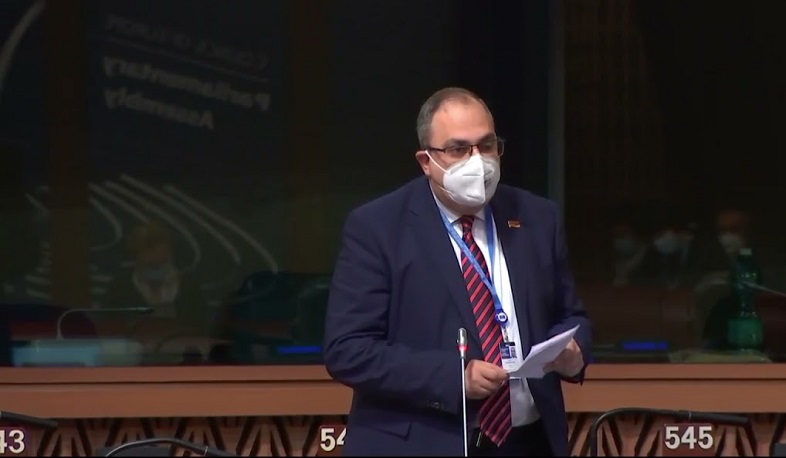 Lives of Armenian POWs held in Azerbaijan are in danger: Vladimir Vardanyan’s speech at PACE

Vladimir Vardanyan, member of the Armenian delegation to PACE, addressed the PACE plenary session within the framework of discussions on the issue of Armenian POWs, other captives and displaced persons.

“It is quite important to have the document which actually shape the strategic priorities for our organization for the upcoming years. And it is quite important that we have in this document also the current challenges this organization faces. We must not forget our fundamental values, our fundamental human rights, which must also be protected, which must not be underestimated even in the current crisis. The Council of Europe, like the Parliamentary Assembly, is a platform for political discussion and dialogue, the pillar of political society and democratic security. I want to say that this organization was created to prevent the recurrence of World War II, to protect human rights, to secure the rule of law, and to respect democracy. It was created to say never again to the Holocaust, crimes against humanity and all the other wrong doings,” Vardanyan said.

Touching upon the topic of Armenian POWs held in Azerbaijan, Vardanyan particularly said:

“More than 200 Armenian POWs are under Azerbaijani custody. We have reasonable grounds to believe, that their lives are in danger, they may be subject of torture. I would like just once again say all of you, this is not a political issue, it’s an issue of human rights, an issue of democracy, and their rights should be respected,” Vardanyan said.