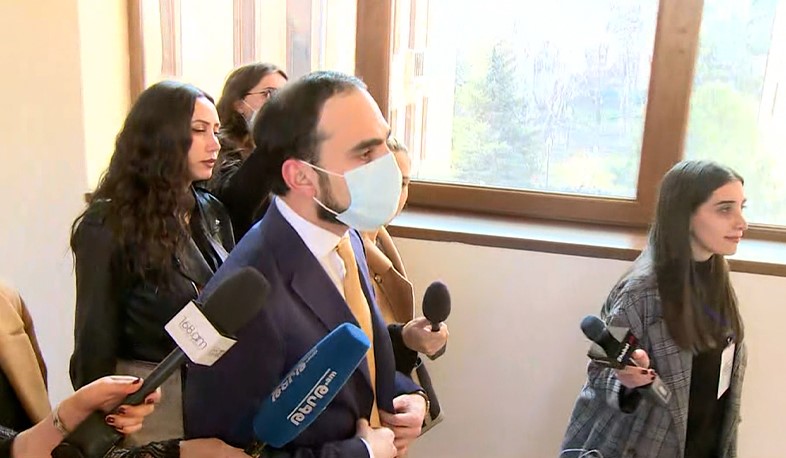 Aliyev got his answer: Tigran Avinyan

Tigran Avinyan, Deputy Prime Minister of Armenia responded to the journalists’ question regarding Armenian captives held in Azerbaijan.
Particularly they asked, how does the Armenian side react to the neighbouring country’s statement that they have no more Armenian prisoners of war?
“We have already reacted. Aliyev got his answer”, Avinyan replied.
Earlier, the office of the Deputy Prime Minister responded to the statements of Azerbaijani President Ilham Aliyev.
“Armenia has no saboteurs or terrorists anywhere, and such statements prove once again that Azerbaijan is trying to make the issue of captives a subject of bargaining”, the office said.
Earlier Aliyev stated that they have returned all prisoners of war and called the POWs, still held in Azerbaijan, terrorists and saboteurs.
Views 1529