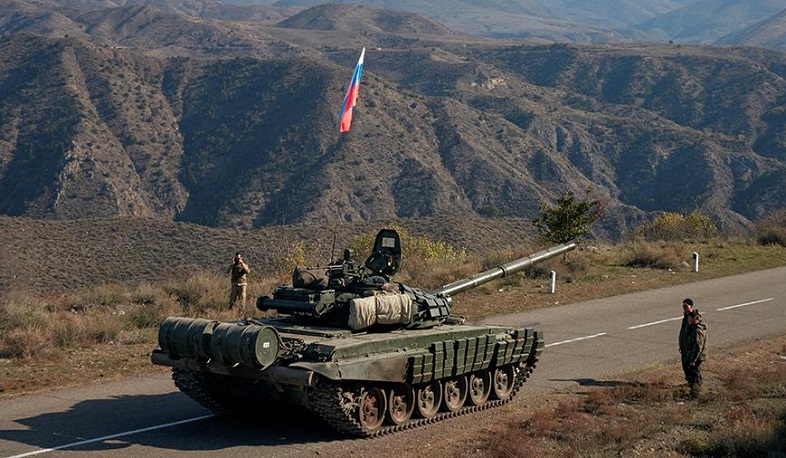 The joint Russian-Turkish center will be located in the territory of Azerbaijan. RF MoD

The official representative of the Russian Defense Ministry Igor Konashenkov presented a report on the deployment and work of the Russian peacekeeping forces in the Nagorno Karabakh conflict zone. According to that :

The Russian peacekeeping force continues to monitor the situation in Nagorno-Karabakh. The ceasefire is maintained along the entire line of contact.

According to the trilateral statement of the Presidents of Russia and Azerbaijan and the RA Prime Minister, on December 1, the Lachin region of Nagorno Karabakh was transferred to the Azerbaijani side under the control of the Russian peacekeeping forces. Russian peacekeepers control the 5 km wide corridor in Lachin. It ensures Nagorno-Karabakh's connection with Armenia, the safe return of people to their homes and the movement of civilian transport.

Russian peacekeepers cleared Zorge Street in Stepanakert and the area along the power lines and gas pipeline in the Shushi-Lisagor direction from explosive devices.

During the day more than 5 hectares of land were cleared, 2 km of road, 109 explosive devices were found, which were taken to a specially equipped place and destroyed.

In one day, more than 2.5 km of cabels, 1.5 km of gas pipelines, 1 km of power piplines, 4 power poles and 1 transformer substation.

The Russian brigade of military medical specialists of the special medical unit of the RF Ministry of Defense held consultations and provided specialized medical care to 67 residents of Khnapat, including 11 children. According to the Russian peacekeeping force and the ICRC, the search and exchange of bodies continues.