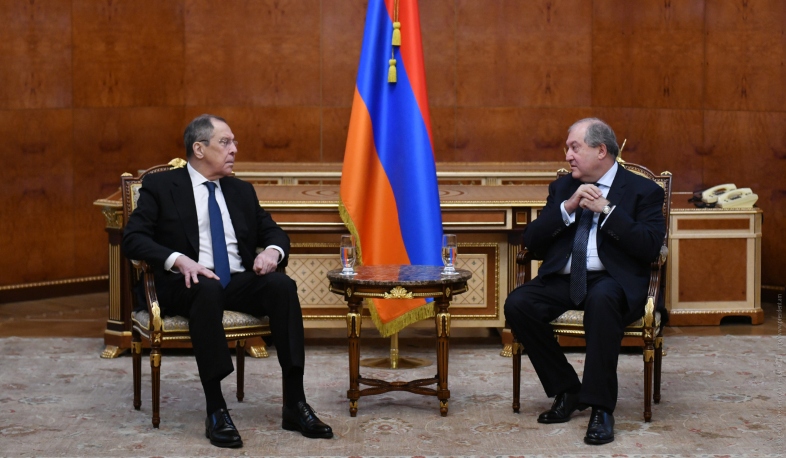 The Armenian people are grateful to Russia and Putin for their support during these hard days. RA President to Lavrov

Today, the RA President Armen Sarkissian met with the Russian Foreign Minister Sergey Lavrov.
Welcoming the Russian FM and the representative delegation that arrived in Armenia with him, Sarkissian particularly said. "You came to Armenia during a hard time. It is very difficult, we can say, it is a crisis period. There are big problems in the economic sphere, the post-war situation is hard, our problems are also psychological, unfortunately, there is also the coronavirus, many other issues", said Sarkissian.
He thanked the Russian Foreign Minister, first of all, for everything he has been doing for Armenia and the region during all these years. The President of Armenia asked to convey his and our people's gratitude to the President of the Russian Federation, especially for his support during these hard days. "It does not matter where Armenians live, they know that if there were not your and Vladimir Vladimirovich's efforts, we would continue to lose young lives today", said the President Sarkissian.
Views 283