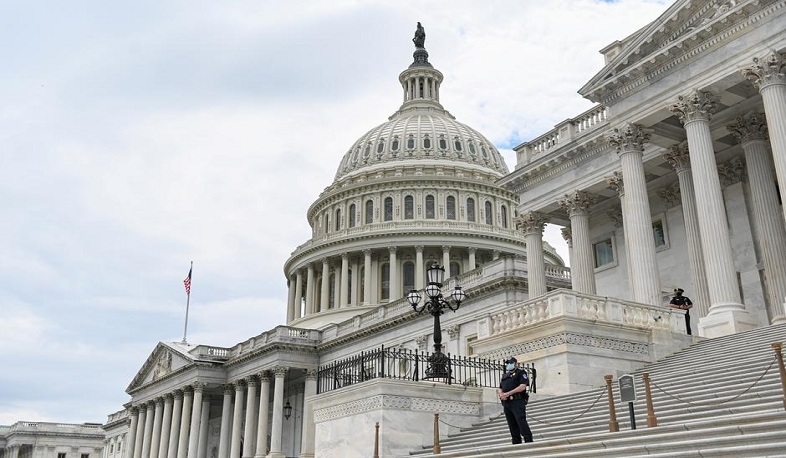 A resolution on the recognition of Artsakh's independence was submitted to the House of Representatives, the author of which is a member of the House Grace Napolitano. The US Congresswoman called on the United States to officially recognize the independence of the Artsakh Republic.
"The history of Artsakh is very similar to the history of America - the victory of a free people over foreign rule. The citizens of that republic embody the words of our Declaration of Independence, which was established for Americans and the world at large: government power comes from the people.
Based on the historical fact that Artsakh has been an integral part of Armenia for thousands of years, we can add the well-founded legal position of Artsakh as an independent republic. But the most important thing today is that in the face of rockets and bombs rained down on Artsakh citizens by Azerbaijan, Turkey and their Islamic State allies, freedom does not mean just honoring history or enforcing the law.
Freedom is the only answer to Artsakh's survival. Secession for Salvation, based on history, laws, and survival. There is no way back. Artsakh should not return to Azerbaijan. The way forward is freedom. That is why I call on the United States to officially recognize the independence of the Artsakh Republic", the resolution reads. 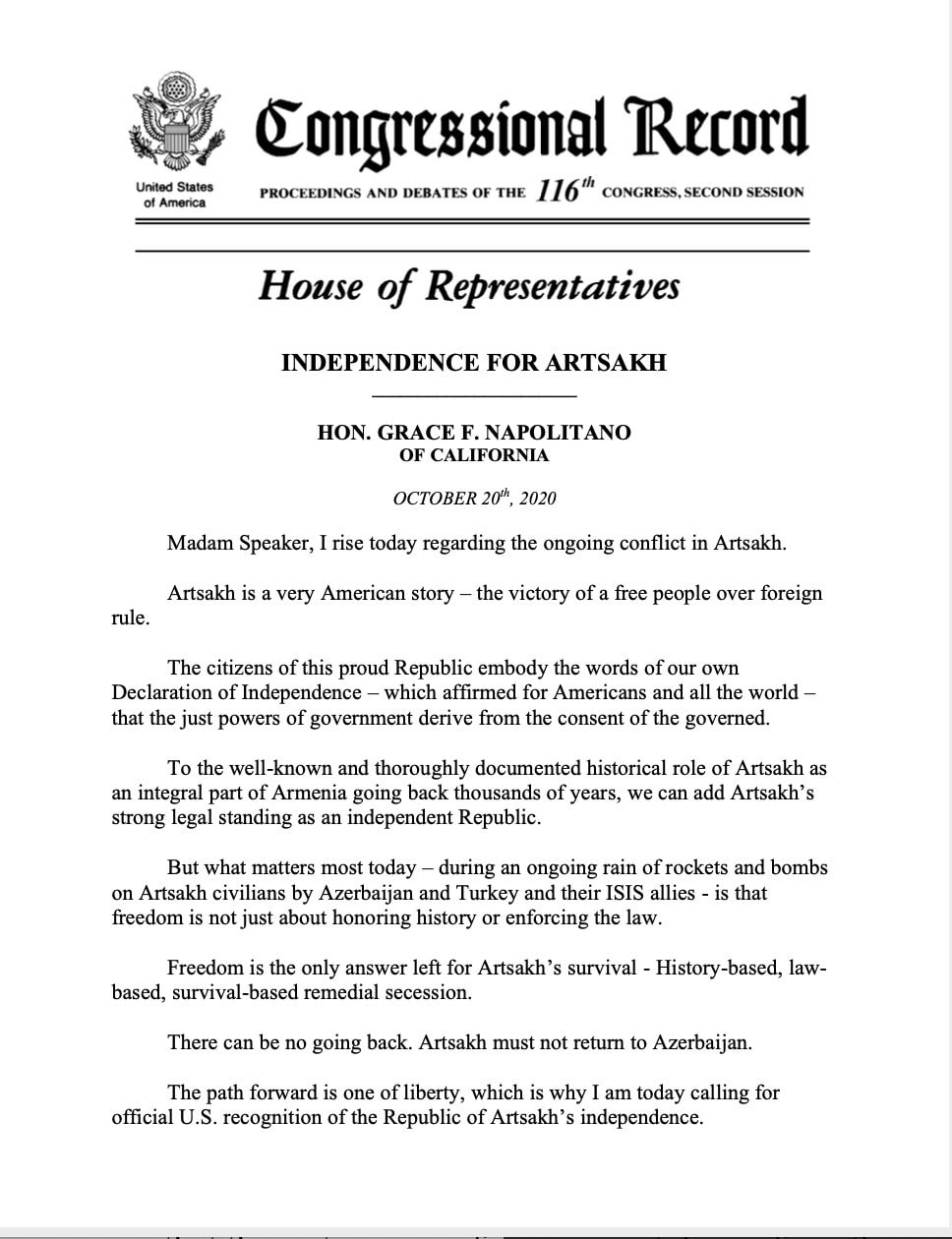