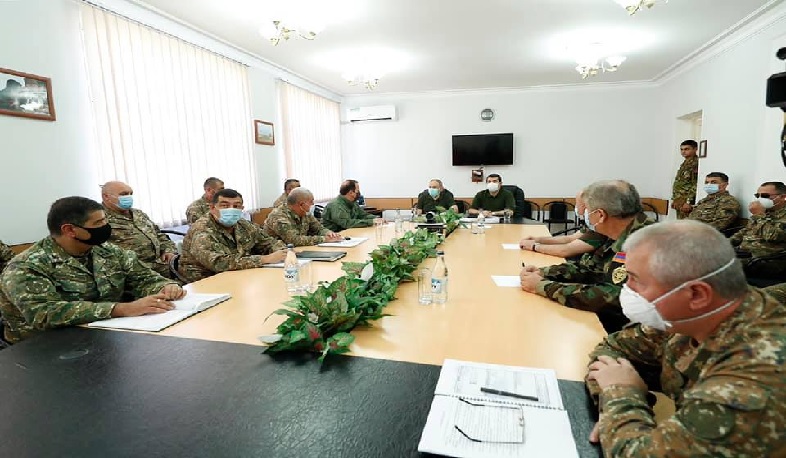 The RA Prime Minister Nikol Pashinyan, who is in the Artsakh Republic on a working visit, together with the President of the Artsakh Arayik Harutyunyan visited the headquarters of the Defense Army, where an official consultation took place.
The Artsakh Defense Minister, Commander of the Defense Army, Major General Jalal Harutyunyan reported to the leaders of the two Armenian republics on the current issues of army building.
During the meeting, a number of issues related to the further deepening of military cooperation between Armenia and Artsakh and the improvement of mechanisms to restrain the enemy were discussed.
Nikol Pashinyan wrote about the meeting on his Facebook page.
Views 97