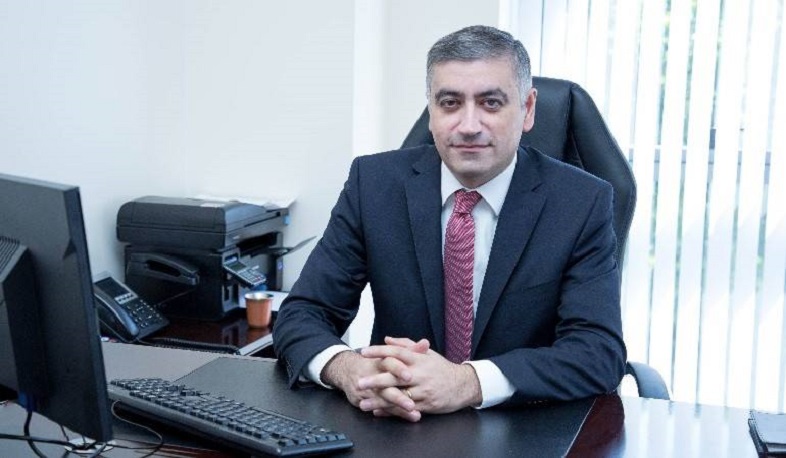 It is not so easy to hit the nuclear power plant, it is under the protection of a powerful air defense system. Ambassador Papikyan

The "Energy Intelligence" spoke with Armenia's Permanent Representative to the IAEA, Ambassador Armen Papikyan, regarding Azerbaijan's threat to strike the Armenian nuclear power plant. Below is the interview.

On Jul. 16, amid renewed fighting on the Armenia-Azerbaijan border, the spokesperson for the Azerbaijan defense ministry threatened a missile strike against Armenia's Metsamor nuclear power plant (NIW Jul.17'20). This threat reverberated in Vienna, where Armenia's mission to the International Atomic Energy Agency (IAEA) submitted a "Note Verbale" to the agency's director general (DG) on Jul. 17, claiming such threats "are an explicit demonstration of state terrorism and genocidal intent of Azerbaijan." Baku soon responded. On Jul. 22 Azerbaijani presidential adviser Hikmet Hajiyev claimed in a televised interview that "this statement was made by a low-level military officer from the Azerbaijani side on an emotional basis. In no way does it reflect the official position of the Azerbaijani government." Azerbaijan submitted a formal response on Jul. 24 that rejected "the speculations of the Armenian side," claiming that "Azerbaijan has never planned attacks on civilian objects." On Jul. 30, Energy Intelligence's Phil Chaffee interviewed Armen Papikyan, Armenia's ambassador to the IAEA, about this controversy (related). Below are edited excerpts from that interview.

Q: What response has Armenia received from its Jul. 17 Note Verbale, both from the IAEA and from other member states?

A: The threat to strike the Metsamor NPP was voiced by an official of the ministry of defense -- actually it was a spokesperson -- and it was done in the midst of the offensive launch against Armenia. Given that the Azerbaijani leadership has no qualms about targeting civilian installations, we took the threat extremely seriously. Ever since, Armenia has undertaken a number of measures to raise awareness.

As you know, I had a meeting with the DG of the IAEA, Rafael Grossi, and briefed him about the situation on the ground, and in this context the unprecedented threat to launch a missile strike against Metsamor NPP. You have also the Note Verbale, I'm sure you have read it as well, and of course we've distributed this amongst all member states with the aim to raise awareness about this bellicose and extremely dangerous statement of the Azerbaijani ministry of defense. We discussed this issue with all international partners, both bilaterally, during the interactions of [the Armenian] president, prime minister and my foreign minister with their counterparts, [and] we also raised this question in the UN, OSCE [Organization for Security and Cooperation in Europe], Council of Europe. The aim was to alert the international community about this major challenge to peace and security, not only of our region, but to international stability in general, and we are determined to raise this issue at all possible levels until we see an official renunciation [of the threat] from Baku.

Q: What actions would you like to see from the IAEA?

A: There seems to be a general agreement, a general consensus, about the need to prohibit armed attacks on all nuclear installations, and [about] the urgency of concluding international regulations and norms related to this. Nevertheless, we have still a long way to go towards establishing a more comprehensive international body of rules in this area. I believe that the IAEA has a special role to play here, especially when the threat of attack comes from a member state of this organization. Even more -- a state which sits in the Board of Governors [of the IAEA], up until September, and which is serving as the vice chair of that body. This is particularly alarming. You know, in 1987 the IAEA General Conference adopted a resolution regarding the Protection of Nuclear Installations Against Armed Attacks. So we have this document. But the thing is we think that there is a clear need to further elaborate on that, and to make it more targeted: less political and more technical in nature. And why not have references to possible sanctions against those who opt for attacks against peaceful [nuclear] installations? This is going to be a long process, but we are keen to follow that.

Q: Are other member states receptive to tightening up that 1987 resolution, and potentially adding in sanctions?

A: You know, we are not living in the best moment of the IAEA. There are so many things flying around. There have been attempts or statements or threats to other NPPs; if you go back in history you may recall some cases. But so far we've failed -- and when I say 'we,' I mean the international community -- we've failed to come up with a set of principles, or rules of conduct, against those who are actually threatening the peaceful nuclear installations.

Q: What is the current level of threat to the Metsamor NPP?

A: The point is that one cannot assess the security risk to Metsamor NPP without the overall context of aggressive and militaristic policy of Azerbaijan against Armenia. This is the environment that we are operating in. The threats to Metsamor NPP were made during the active phase of the armed offensive against Armenia. And the comments were made by the ministry of defense -- not the ministry of culture or environment. It should be crazy to even think about this scenario, but the thing is we have a military power in Azerbaijan without any democratic control. We don't know what might pop up in the minds of those trying to keep their authoritarian power. You probably know that Azerbaijan has since tried to downplay the seriousness of its threat, even going as far as claiming that the official who said it at the ministry of defense was expressing his personal opinion. This is something new in international relations.

Q: What security arrangements are in place to defend Metsamor from any missile attack? And has the Armenian government evaluated what the impact of an attack on the plant would be?

A: We have adequate systems to defend the Metsamor NPP from any attack. Of course not all of the systems are subject to disclosure, for security reasons. One can rest assured that the station cannot be attacked, as it is under the protection of the quite powerful and sophisticated air defense system. It is a multilayer defense, which includes the systems of Armenia and Russia. Armenia's sky is protected jointly with Russian respective units, based on a ratified international agreement. The safety and security of the NPP has always been a high priority for my government -- first and foremost because it would have immediate implications for the security and safety of our population. It would be extremely difficult to imagine what could be the possible impact [of a successful attack]. We can recall the accident of Chernobyl. I think that is the easiest reply to your question.