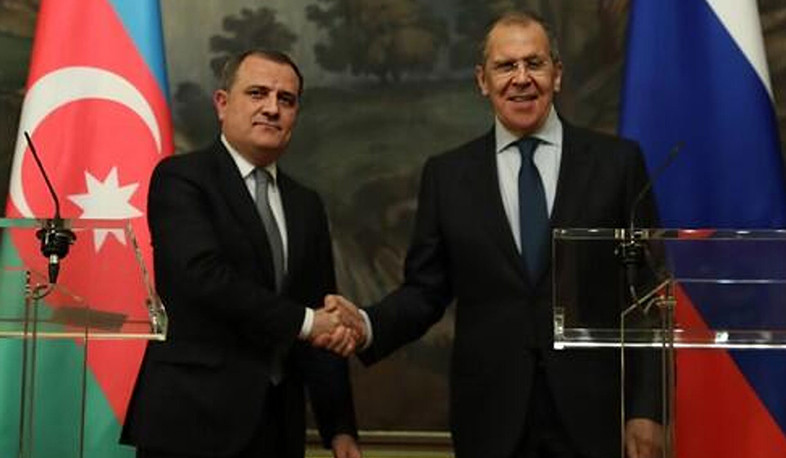 Trilateral documents are a stable, solid basis for the settlement of all issues: Lavrov

After the talks between the foreign ministers of Russia and Azerbaijan Lavrov-Bayramov press conference was held. Speaking about the Armenian-Azerbaijani relations, the Russian Foreign Minister noted:

“We discussed in detail the entire complex of issues regarding the regulation of Armenian-Azerbaijani relations within the framework of the trilateral agreements signed between the presidents of Russia and Azerbaijan and the Prime Minister of Armenia. We strongly believe that these documents are a stable, solid basis for the settlement of all issues, including the unblocking of transport and economic ties, the delimitation of the borders of Armenia and Azerbaijan, and the achievement of certain agreements on the conclusion of a peace treaty. Russia is ready to support the parties in all these directions. We talked about the activity of the regional consultative platform in the “3+3” format, referring to the three South Caucasian republics and their three neighbors: Russia, Iran, Turkey. The first meeting has taken place, now we are working towards another event, agreeing on the dates and agenda.”

“During today's meeting, we paid special attention to the post-war situation in our region, to the issue of relations between Armenia and Azerbaijan. The Government of Azerbaijan highly appreciates the mediation mission of Russia in this matter. From this point of view, we emphasize the implementation of trilateral declarations signed by the leaders of Russia, Armenia and Azerbaijan.

Azerbaijan prepared a draft agreement based on five fundamental principles and presented it to the Armenian side. After that, two rounds of negotiations took place. I would also like to inform you that the third set of comments from the Azerbaijani side has already been presented to the Armenian side. We hope that the third round of negotiations between Armenia and Azerbaijan on the peace treaty will be held by the end of the year.”