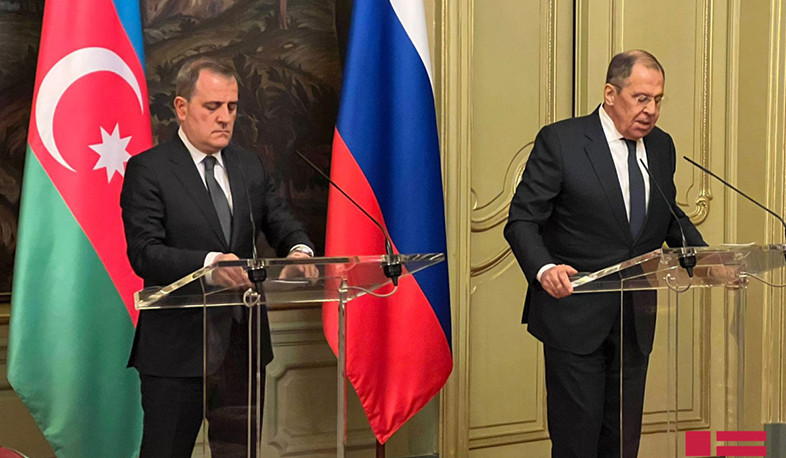 In Moscow, Lavrov and Bayramov discussed normalization of Armenia-Azerbaijan relations

Russia is interested in facilitating the signing of a peace treaty between Baku and Yerevan, Foreign Minister Sergey Lavrov said in the opening remarks at talks with Azerbaijani counterpart Jeyhun Bayramov on Monday, TASS reports.
"An important topic is the course of the implementation of the trilateral agreements achieved by the Azerbaijani, Armenian and Russian leaders in November 2020, in January and November 2021, and then in late October there was another summit in Sochi," Lavrov said.
"We are interested in facilitating in every possible way the unblocking of transport ties, the delimitation of the border, the conclusion of a peace treaty, and in general the strengthening of confidence-building measures, including through the development of contacts between social institutions, political scientists and parliamentarians," the top diplomat added.
Views 546