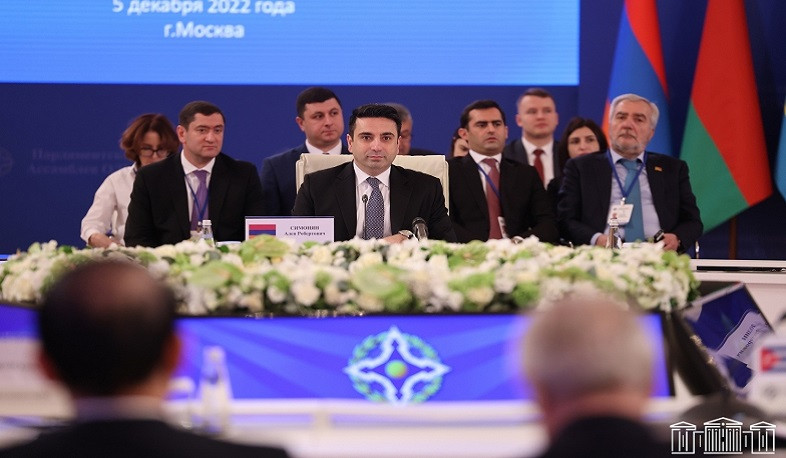 Establishment of CSTO zone of responsibility in Armenia is of principle for us: Alen Simonyan

On December 5, the RA NA President Alen Simonyan gave a speech at the joint meeting of the Council and the 15th Plenary Session of the Parliamentary Assembly of the Collective Security Treaty Organization (CSTO PA).

The RA NA President, particularly said that during the last years, political realities which will mark the transformation of the system of the international relations in the near future, are outlined on the geopolitical plane, and in this context the regional security organizations should show greater activeness. “Work was done on the external political coordination and deepening of mutual support for the elaboration of the agreed approaches on international and regional issues related to the interests of the CSTO Member States,” Alen Simonyan noted. Touching upon the parliamentary cooperation of the Organization, he mentioned that it is necessary to coordinate the legislative work through the adoption of the model acts and the elaboration of the proposals on the large scope of issues. Alen Simonyan underlined that since the last Meeting the military-political situation in the region of the South Caucasus had more deteriorated, events take place which disrupt the stability and the regional security. He detailed the military actions carried out by the Azerbaijani armed forces which invaded the territory of the Republic of Armenia, reminding the attendees that at the new phase of the aggression the Azerbaijani occupied some parts from the sovereign territory of the Republic of Armenia. He stressed that the bellicose rhetoric of rhetoric of the official Baku testifies to the further expansionist aspirations of Azerbaijan. In this complicated situation our colleagues’ military and political support in the CSTO was very important for Armenia, and the Armenian side pre-indicated its expectations, they are:

1. The distinct political assessment of the Organization on the Armenian-Azerbaijani border aggravation in September,

2. After the aggression of Azerbaijan, the adoption of the restoration of the territorial integrity of Armenia roadmap,” the RA NA President said.

He underscored that today the armed forces of the third country are in the CSTO zone of responsibility, and he does not know how it may be explained or how the colleagues see the continuity of this situation, when almost every day Azerbaijan violates the ceasefire, as a consequence of which Armenians die. The Head of the Parliament of the Republic of Armenia assured that Armenia has never made a statement on withdrawing from the CSTO, it was said that the CSTO leaves the region, and the people are concerned about it in our country. In his voluminous speech reference was made to the settlement of the Nagorno-Karabakh problem.

Concluding his speech, the NA President mentioned that the efforts of Armenia and the steps taken in practice confirm the commitment of Armenia to the peaceful settlement of all issues regarding the conflict, including the rights and the provision of security of the Nagorno-Karabakh Armenians. 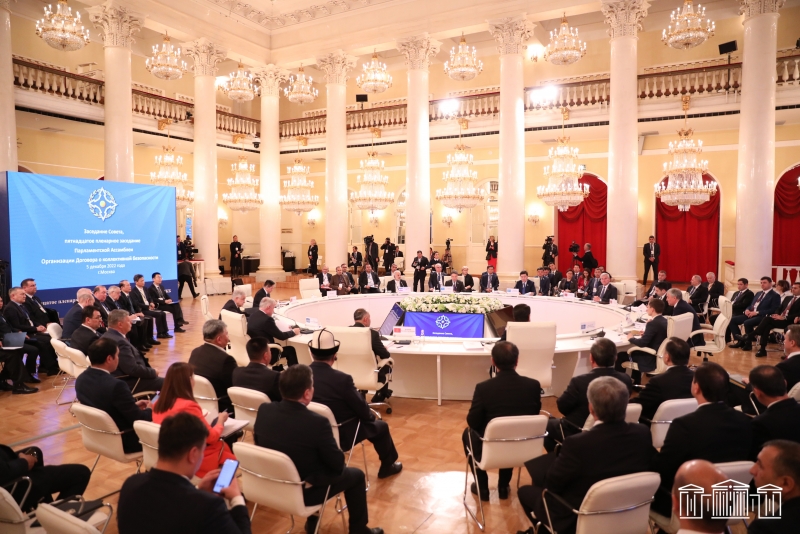 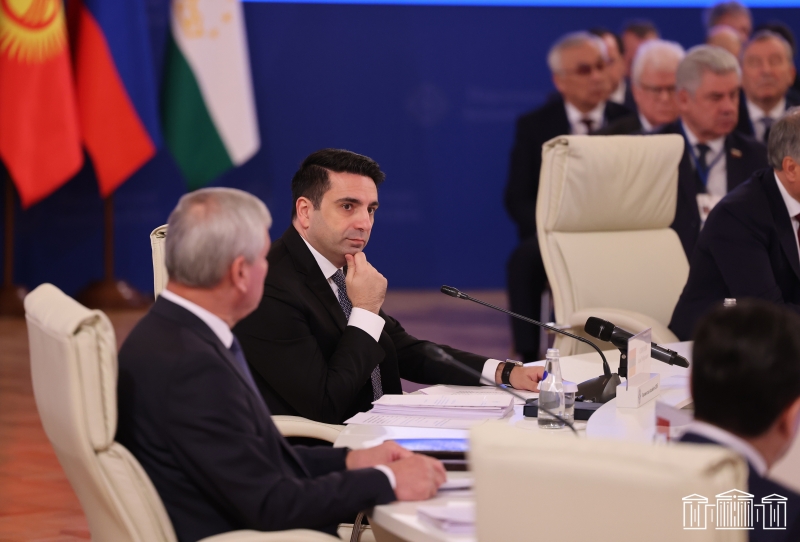 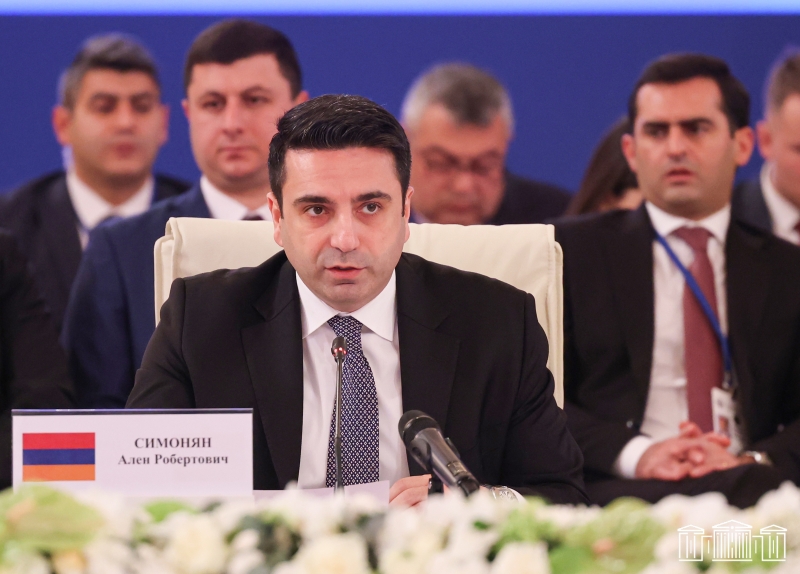 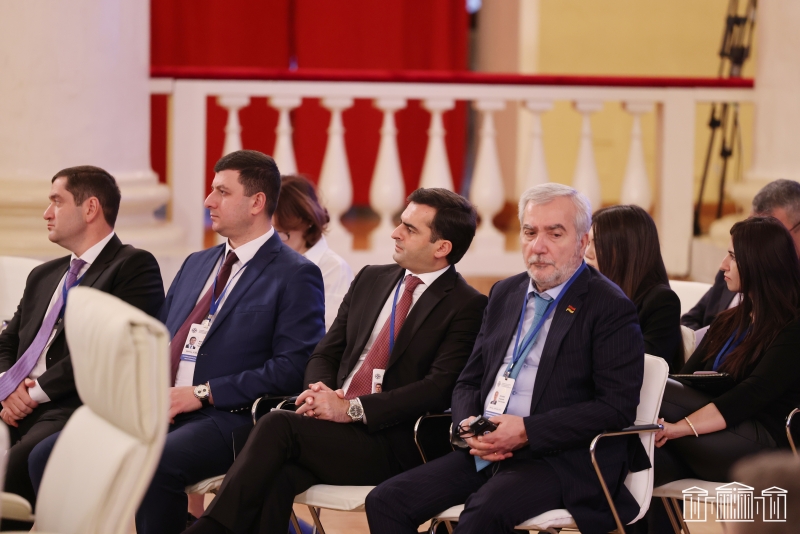