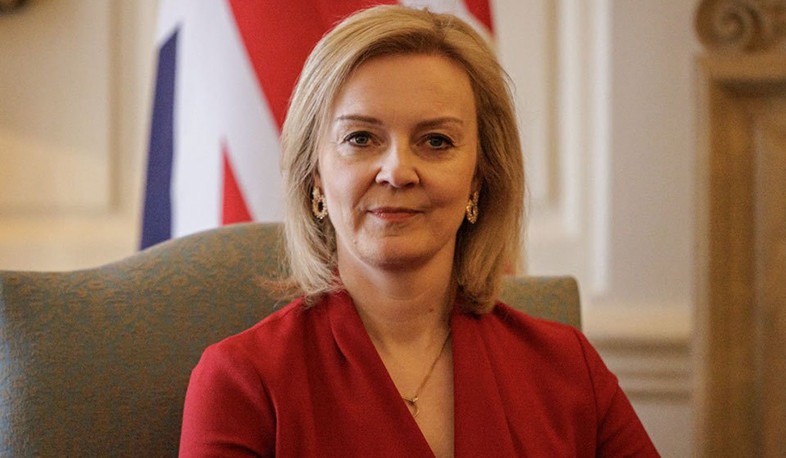 British Prime Minister Liz Truss pledged on Wednesday (October 5) to ''stay the course'' and transform the UK economy, fighting to restore her authority over a party in revolt after a chaotic first month in office, Reuters reports.

Addressing Conservative lawmakers and members at an annual conference in the central English city of Birmingham overshadowed by internal bickering and policy confusion, Truss sought to reassure investors that her plan would reignite growth and unite a divided country.

An early interruption from protesters asking who had voted for such radical change appeared to fire up the prime minister, and the audience.

The conference, once expected to be Truss's crowning glory after she became prime minister on September 6, has turned into a personal nightmare after she announced a new economic policy that sparked a crisis of confidence among investors.

''We are working to put this country on the path to long-term success. That means ensuring we are safe and secure. One of the reasons we're facing this global crisis is because collectively the West did not do enough. We became complacent. We didn't spend enough on defence. We became too dependent on authoritarian regimes for cheap goods and cheap energy. And we did not stand up to Russia early enough. We will make sure this never happens again,” Truss stated.

Her attempt to cut 45 billion pounds ($51 billion) of taxes and hike government borrowing sent markets into a tailspin and left her party facing potential electoral collapse.

Forced to reverse the scrapping of the top rate of tax, Truss was then openly challenged by lawmakers and ministers over other policy areas, in stark contrast to the sense of discipline on display last week at a conference of the opposition Labour Party, which now holds a clear lead in the opinion polls.