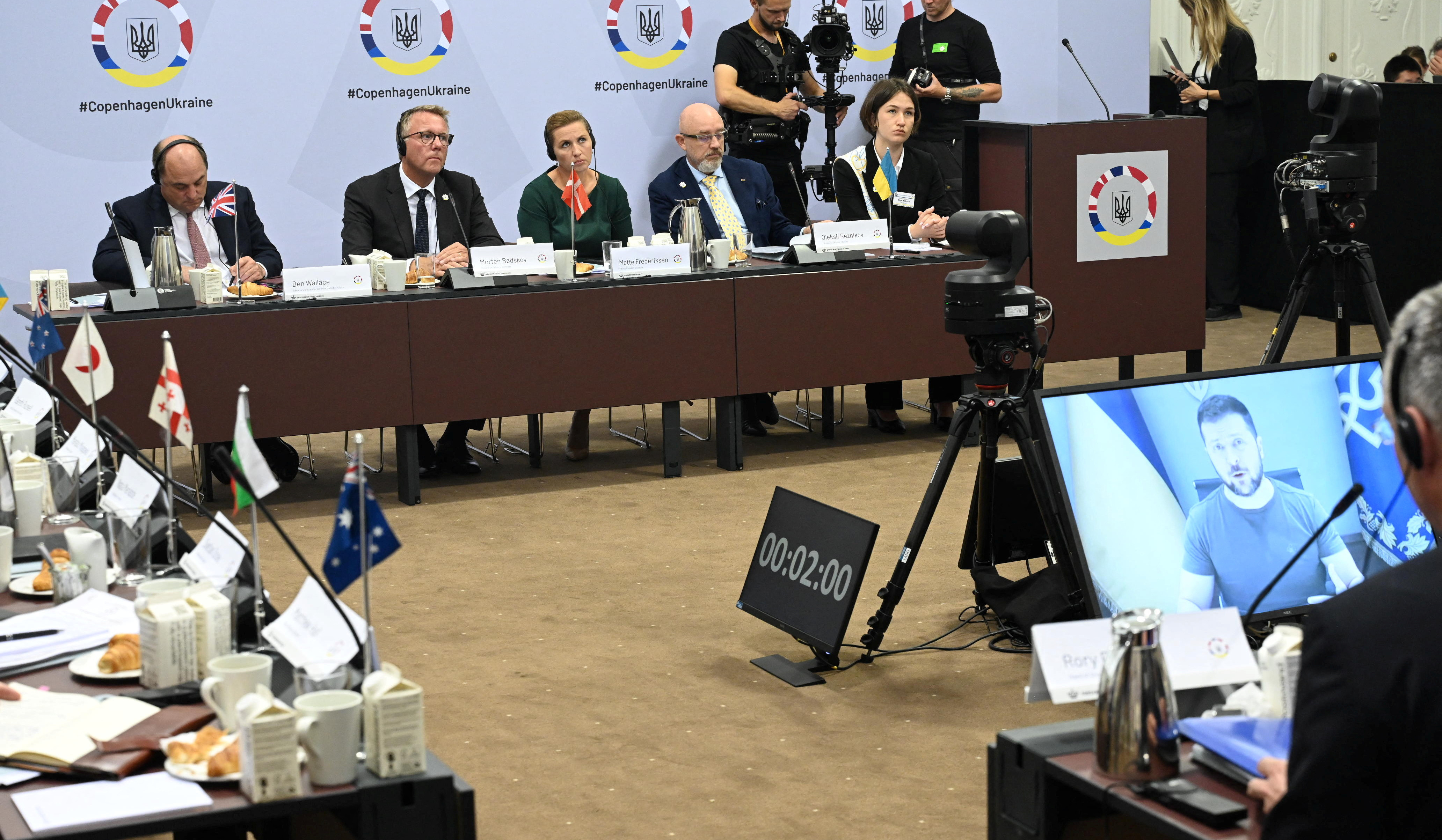 Britain and Denmark will provide more financial and military aid to Ukraine, they said on Thursday (August 11) as European defence ministers met in Copenhagen to discuss long-term support for the country's defence against Russia's actions, Reuters reports.

Denmark will increase its financial aid to Ukraine by 110 million euros ($114 million), Prime Minister Mette Frederiksen said at a conference in Copenhagen hosted by Ukraine, Denmark and Britain.

"This is a war on the values that Europe and the free world are built upon ... Today we reaffirm our commitment to support of Ukraine," she said.

The new measures will take Denmark's total aid to Ukraine since the start of the conflict to more than 3 billion Danish crowns ($417 million).

Britain, which has already donated advanced weapons systems to Ukraine and given thousands of its troops military training, said it would send more multiple-launch rocket systems.

It would also donate a "significant number" of precision guided M31A1 missiles that can strike targets up to 80 km (50 miles) away.

"I hope that all of us will put our hands in our pockets and see what we can deliver for Ukraine and help send a signal around the world that brutality doesn't win and the international community doesn't get tired, it stands up to its enduring values no matter what," UK Defence Secretary Ben Wallace said.

The announcements come after the government in Kyiv repeatedly pleaded with the West to send more weapons, including long-range artillery, as it tries to turn the tide on Russia's Feb. 24 invasion.

Earlier this month, Ukraine said it had received another delivery of high-precision heavy weapons from Germany and the United States.

Moscow, which has accused the West of dragging out the conflict by giving Ukraine more arms, says it is conducting a "special military operation" in Ukraine aimed at safeguarding Russia's security against NATO expansion.