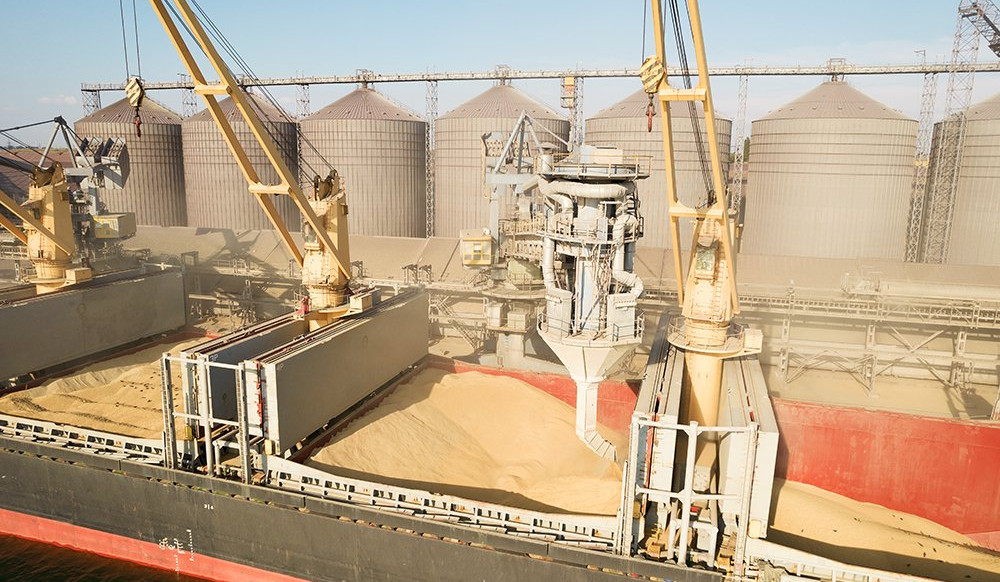 Ukraine expects to export 6 million tons of grain per month, as seaports in south reopen

Ukraine is expected to be able to export up to 6 million tons of grain per month, now that Black Sea ports in the country's south that have reopened to export desperately needed grain, Reuters reports.

Until last week, only 2 million tons of grain a month was leaving Ukraine through the country's alternative overland routes, so this extra capacity will begin to free up overflowing grain silos, according to Ukrainian experts.

Last week, a "maritime humanitarian corridor" was opened as the Black Sea Grain Initiative agreed among the UN, Ukraine, Russia and Turkey, went into effect allowing the departure of three vessels -- two from the port of Chornomorsk and one from Odessa, carrying a total of 58,041 tons of corn through the corridor.

The newly reopened shipping routes are being overseen by a Joint Coordination Centre (JCC).

"Businesses and markets have seen that the corridor is working. The first ship has arrived at its destination port and is unloading in Turkey. Businesses always look before they act. Two ships have also entered Ukrainian ports, which is a good sign," said Dmitro Barinov, deputy head of Ukraine’s Sea Ports Authority.

Ukrainian officials are also optimistic about the country's grain export in the near future.

"This [maritime humanitarian corridor] is very important for the Ukrainian economy because Ukraine's economy is largely export-oriented. Meanwhile, Ukraine's foreign exchange reserves are inadequate, and there is not enough money to maintain balanced socio-economic development," said Dmitry Vasiliev, board advisor at the Ukrainian Business and Trade Association.

Ukraine and Russia separately signed a deal with Turkey and the United Nations in Istanbul on July 22 to resume food and fertilizer shipments from Ukrainian ports to international markets via the Black Sea.

Since then, four ships totally carrying 83,000 tons of grain have left Ukrainian ports.