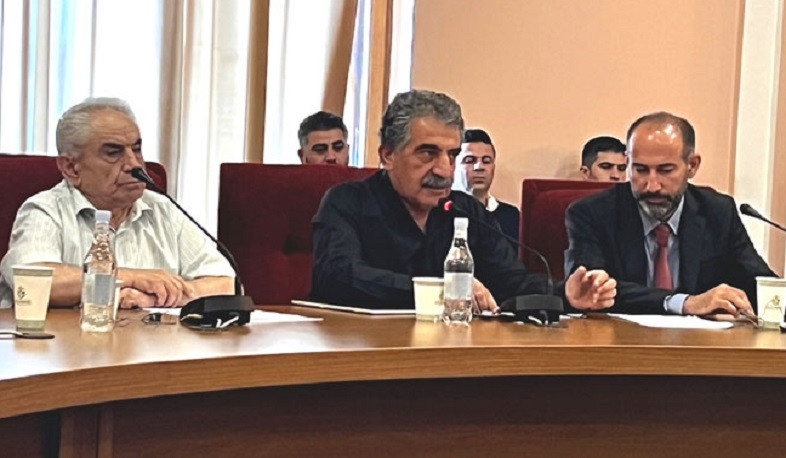 The National Academy of Sciences (NAS) of Armenia hosted the delegation led by Mohammad Said Ali, the Minister of Culture and Youth of Iraqi Kurdistan.

The Armenian Consul-General to Erbil Arshak Manukyan, NAS presidency members and research fellows from the NAS Institute of Oriental Studies and Institute of Arts participated in the meeting, NAS said in a statement.

NAS Institute of Oriental Studies Director Robert Ghazaryan spoke about the history of the Armenian-Kurdish relations and the results of studies conducted in the institute in relation to development of Kurdish studies.

Professor Anna Asatryan, the Acting Director of the NAS Institute of Arts, presented a report on the Armenian-Kurdish cultural contacts. She presented Armenian composer Komitas’ work on Kurdish folk songs.

Intensification of ties between the NAS institutes with cultural and scientific organizations of Iraqi Kurdistan were highlighted.

The meeting was organized by the NAS Oriental Studies Institute and the Armenian Consulate-General in Erbil.