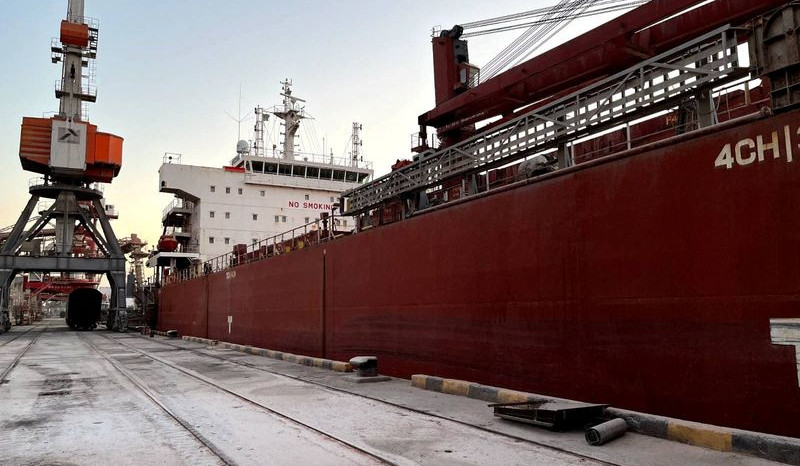 The United Nations and Turkey brokered the agreement last month after warnings the halt in grain shipments caused by Russia's conflict in Ukraine could lead to severe food shortages and even outbreaks of famine in parts of the world.

The 'Sacura', which departed from Pivdennyi, is carrying 11,000 tonnes of soybeans to Italy, Turkey's defence ministry said on Monday, while the 'Arizona', which left Chornomorsk, is carrying 48,458 tonnes of corn to Iskenderun in southern Turkey.

So far, around 243,000 tonnes of corn has been exported from Ukraine on seven ships since the first departure on Aug. 1, according to a Reuters tally of data from Turkey's defence ministry.

Ukraine's infrastructure minister, Oleksandr Kubrakov, confirmed the two latest ships left on Monday, adding Pivdennyi, the third Ukrainian port included in the deal, was finally up and running as part of the initiative.

Kubrakov had said previously the opening of Pivdennyi would push Ukraine's total export capacity up to three million tonnes a month.

In peacetime, Ukraine exported up to six million tonnes of grain a month from its ports on the Black Sea and Sea of Azov coast.