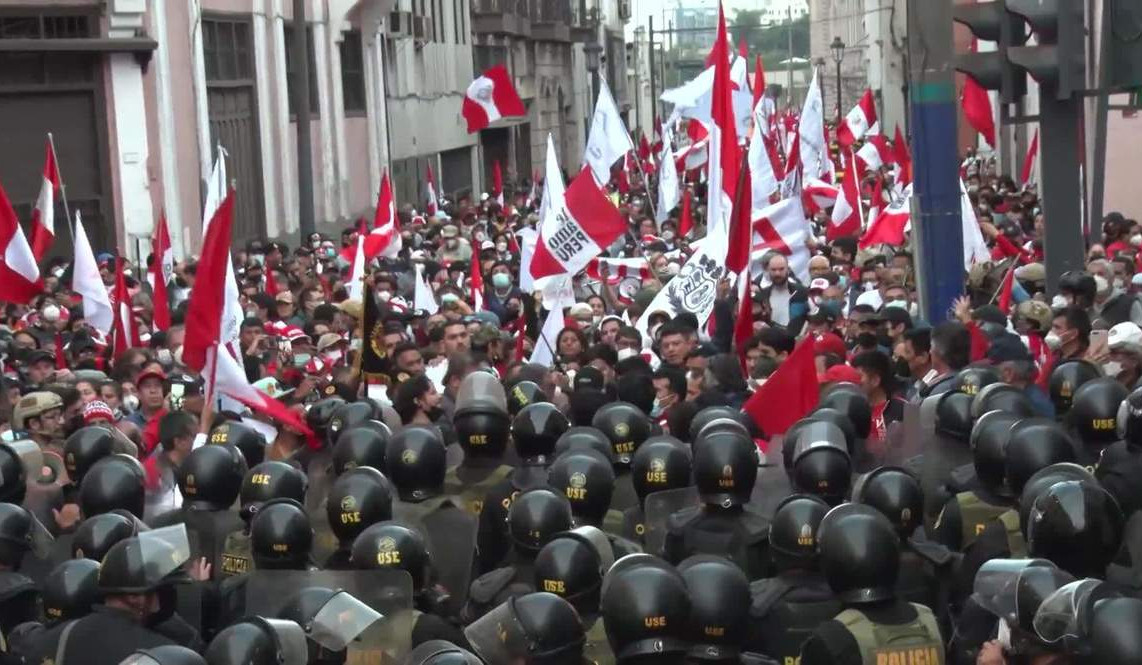 Protesters clashed with the police on the streets of Lima on Tuesday (June 28) during protests against Peruvian President Pedro Castillo, Reuters reports.

Teacher and worker organizations protested accusing Castillo of not having fulfilled his election campaign promises. Teachers demanded an increase in wages and special attention for pensioners.