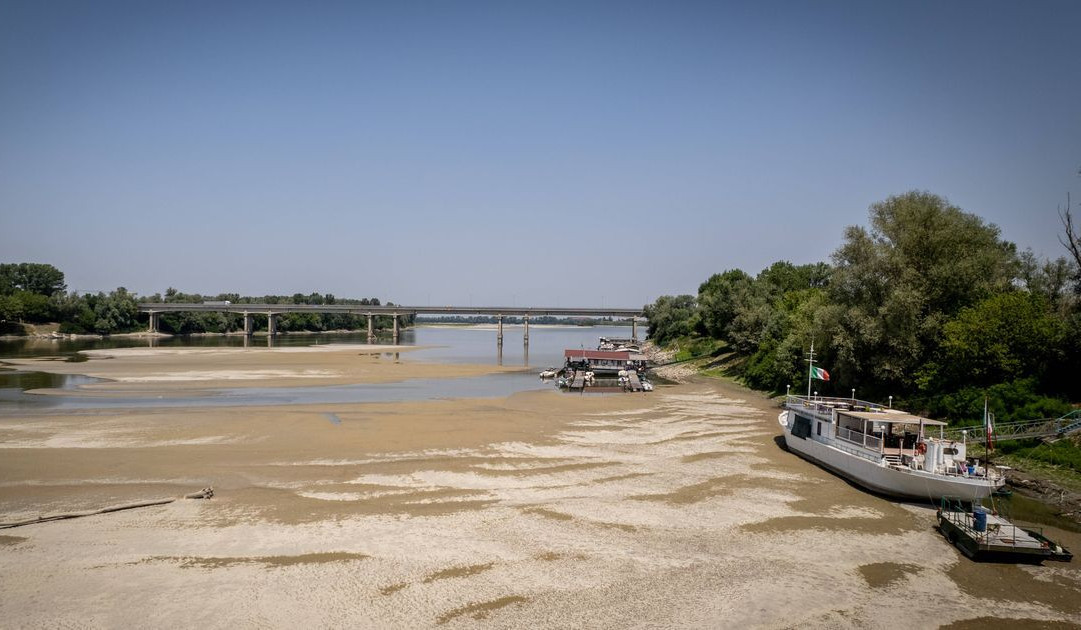 Drought in Italy covers 28% of the country’s territory

A drone flew over the Po, Italy's longest river, on Wednesday (June 22) and revealed a large sandy area where the river once was, Reuters reports.

Italy's longest river is experiencing its worst drought for 70 years, leaving many sections of the vast, northern waterway completely dried up, jeopardising irrigation and worrying locals.

The Po, which is 652 km long and runs across the entire Po Valley from west to east, holds the record for the largest river basin in Italy, with approximately 71,000 square km of surface area.

Other rivers stretching into central Italy were also far lower than normal at this time of year, sector authority ANBI said, adding that the current crisis was highlighting "the consequences of climate change on the peninsula".

Many areas of Western Europe have been sweltering under unseasonably hot temperatures over the past week, compounding climate change fears.