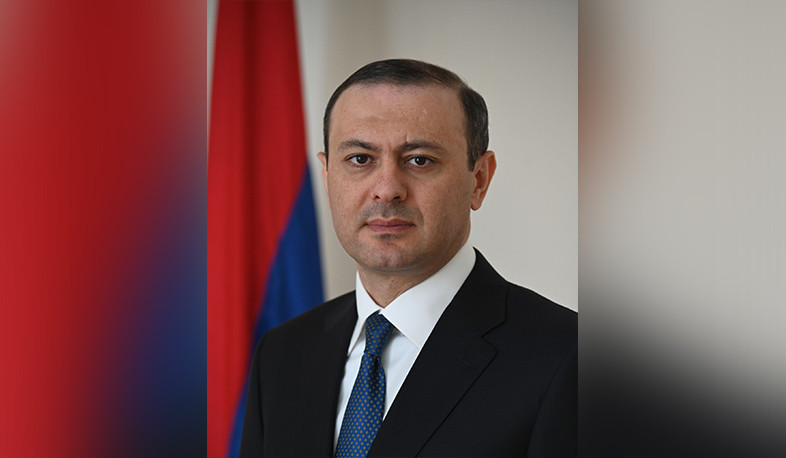 No road or transport route in logic of a corridor can function in territory of Armenia: Yerevan’s reaction to Aliyev’s announcement

No road or transport route in the logic of a corridor can function in the territory of Armenia, the Secretary of the Security Council of Armenia Armen Grigoryan said in response to a question from ARMENPRESS.

ARMENPRESS: During a phone conversation with Turkish President Recep Tayyip Erdogan, the Azerbaijani President Ilham Aliyev claimed that on May 22 in Brussels (EU-mediated Pashinyan-Aliyev meeting) the sides reached an agreement on the opening of a corridor through Armenian territory, including the construction of both railways and highways. How would you comment on this statement?

Grigoryan: There have been no changes in the positions of the Republic of Armenia. No road or transport route in the logic of a corridor can function in the territory of Armenia. All agreements reached in Brussels relate to the opening of regional connections, which I talked about yesterday in response to your questions. All agreements reached in Brussels fit in the framework of the public statements made previously by representatives of Armenia. You can see in the statement of the President of the European Council that the agreements in the context of opening of regional connections relate to the border and customs control, road fees and organizing international transit. These are important issues for realizing the Armenian Crossroads project and the Government of Armenia will consistently move in this direction.

In the context of the opening of regional connections the Armenian government re-formulated the North-South project and is terming it “North-South, East-West” Project, or “Armenian Crossroads”, the Armenian Prime Minister Nikol Pashinyan said earlier at the February 17 Cabinet meeting.