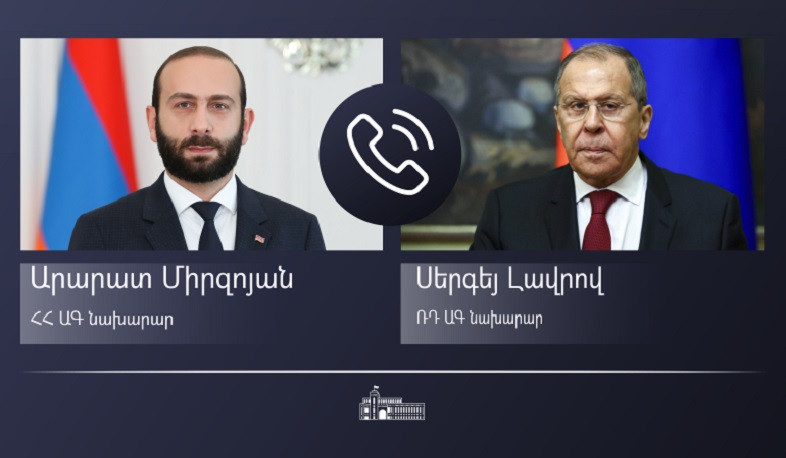 During the telephone conversation, reference was made to the implementation of provisions of the trilateral statements of November 9, 2020, January 11 and November 26, 2021.

The Foreign Ministers of Armenia and Russia discussed issues related to the establishment of a commission on delimitation and border security between Armenia and Azerbaijan. They also referred to the unblocking of economic ties and transport communications in the region.

Minister Mirzoyan reaffirmed the position of the Republic of Armenia on the process of establishing regional peace and stability between Armenia and Azerbaijan.

Issues related to the bilateral and multilateral agenda of the Armenian-Russian cooperation were also discussed, views were exchanged on the steps aimed at further strengthening of the allied relations.