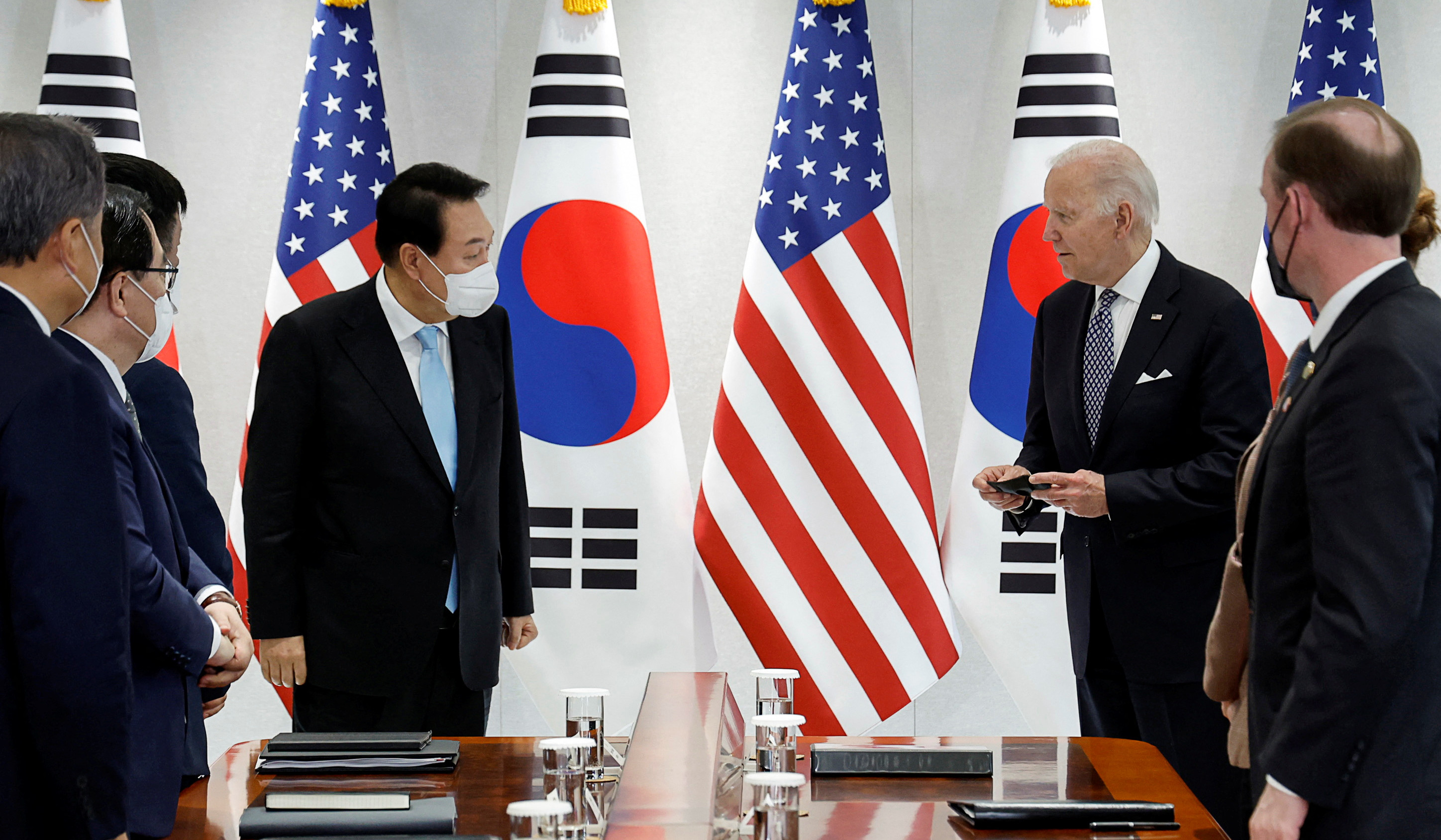 “Today, President Yoon and I committed to strengthening our close engagement and work together to take on challenges of regional security, including addressing the threat posed by the Democratic People's Republic of Korea by further strengthening our deterrence posture and working towards complete denuclearization of the Korean Peninsula,” said Biden Saturday at a joint press conference in Seoul, on the first leg of his six-day trip to South Korea and Japan.

“President Biden affirmed the ironclad U.S. commitment to the defense of the Republic of Korea and substantive extended deterrence,” Yoon said through an interpreter. Extended deterrence is a term that indicates the U.S. will use its full range of military capabilities, including nuclear, conventional and missile defense in defending its allies.

According to a joint statement released following the summit, the leaders agreed to begin discussions “to expand the scope and scale of combined military exercises and training on and around the Korean Peninsula” and committed to “identify new or additional steps to reinforce deterrence” amid North Korea’s “destabilizing activities.”

Military exercises between the allies were scaled back during the pandemic and as part of efforts to engage North Korean leader Kim Jong Un by the previous administrations of Donald Trump and Moon Jae-in.

Yet North Korea continues its weapons programs, with 16 missile tests this year, including its first test of an intercontinental ballistic missile in more than four years in March. U.S. officials have warned that Pyongyang may conduct additional missile or even nuclear tests while Biden is in Asia.