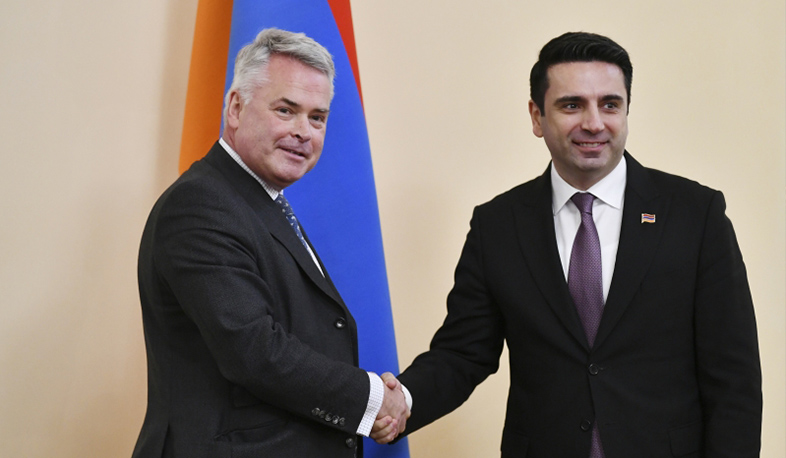 Welcoming the guests, Alen Simonyan expressed gratitude for visiting Armenia during a difficult period for Armenia and Artsakh.

The RA NA President highly appreciated the work of the members of the Great Britain-Armenia Friendship Group during the last two years, as well as highlighted the readiness to keep the security and humanitarian challenges facing Armenia and Artsakh in the center of attention and to voice about them regularly.

Addressing the British guests, Alen Simonyan stressed the pro-Armenian activities of Tim Loughton and Baroness Caroline Cox during the post-war period and the fact that they always stand for Armenia and Artsakh. They exchanged ideas on the stability of the region and security issues.

During the meeting, the colleagues stated the significant activation of the Armenian-British political contacts in recent years and the expansion of the bilateral agenda.

In this aspect, the Modern Parliament for a Modern Armenia (MAP) project implemented by the UN Office in Armenia of the United Nations Development Programme (UNDP) aimed at the development of the capacity of the RA National Assembly financed by the United Kingdom was highlighted.