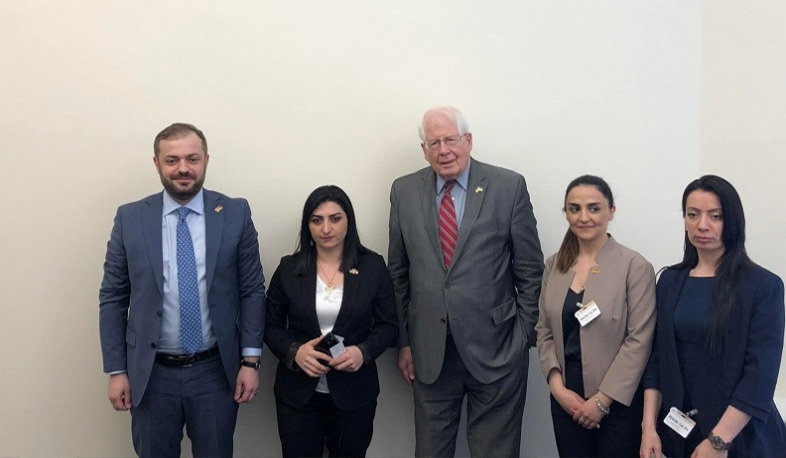 In Washington, within the framework of the Open World program on the theme “The Legislation in the U.S. being held in the United States of America”, the deputies from the Civil Contract Faction, Gevorg Papoyan (the Chair of the RA NA Standing Committee on Financial-Credit and Budgetary Affairs) Kristine Poghosyan and Alkhas Ghazaryan, from With Honor Faction the Chair of the Standing Committee on Protection of Human Rights and Public Affairs Taguhi Tovmasyan and from the Armenia Faction – Anna Grigoryan.

During the meetings the issues on the security situation of Armenia and Artsakh, the Azerbaijani last aggression, the Artsakh Armenians’ rights were discussed.

Within the framework of the program the parliamentarians also had different meetings with the representatives of the administration, businessmen and public spheres in the United States.