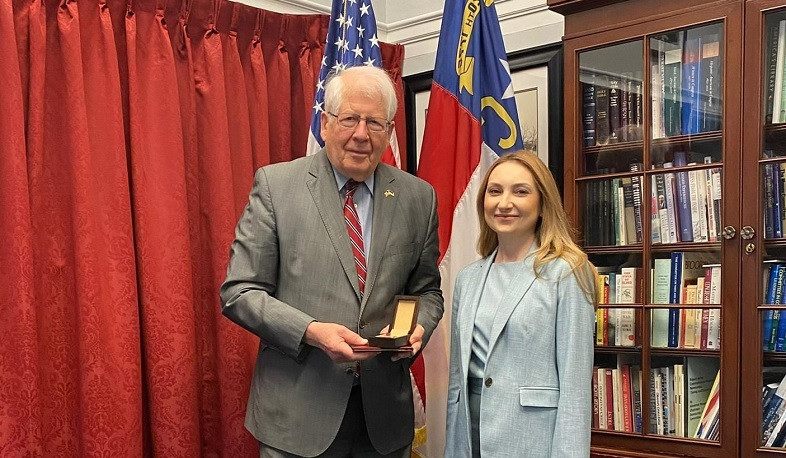 Lilit Makunts, the Armenian Ambassador to the United States met with Chairman of “House Democracy Partnership”, Congressman David Price (D-NC), the Armenian Embassy said in a statement on social media.

Ambassador Makunts emphasized the membership of National Assembly of Armenia as a partner to HDP and highly assessed the effective cooperation between two legislative bodies.

Ambassador Makunts briefed about the security environment around Armenia and Artsakh and stressed the need for active engagement by the US and other Co-Chairs of Minsk Group to restrain the further escalation by Azerbaijan in the region.

During the meeting, Ambassador Makunts by the order of the President of the National Assembly of Armenia, handed over to Congressman Price the “Medal of Honor” for his significant contribution to the development and strengthening of the Armenian-American inter-parliamentary friendly relations.