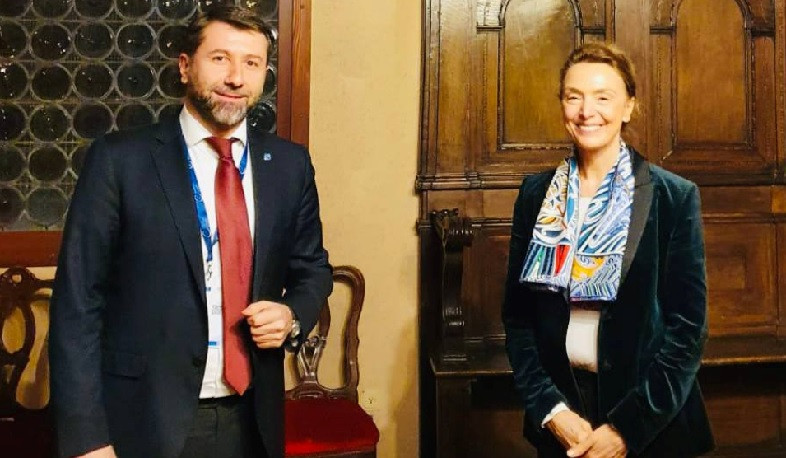 Minister of Justice of Armenia Karen Andreasyan met with Secretary General of the Council of Europe Marija Pejčinović Burić in Italy, the Ministry reports.

At the beginning of the meeting, the Justice Minister thanked the Council of Europe and the Secretary General, in particular, for the efforts aimed at stopping the armed clashes during and after the Artsakh 44-day War in 2020, eliminating the humanitarian consequences of the Nagorno-Karabakh conflict, as well as returning the prisoners of war.

The Minister presented to the CoE Secretary General the gross violations of international humanitarian law by Azerbaijan against the Armenian captives, Baku’s refusal to return the captives, as well as provided facts and eye witnesses about the torture, inhuman treatment carried out by the Azerbaijani armed forces against the POWs. Karen Andreasyan asked Marija Pejčinović Burić to continue applying all procedures within the Council of Europe for returning the Armenian captives from Azerbaijan.

The Minister also introduced the priorities of the large-scale reforms in the justice sector.

On the sidelines of his visit in Italy, the Armenian Justice Minister also had meetings with his counterparts of the CoE member states.