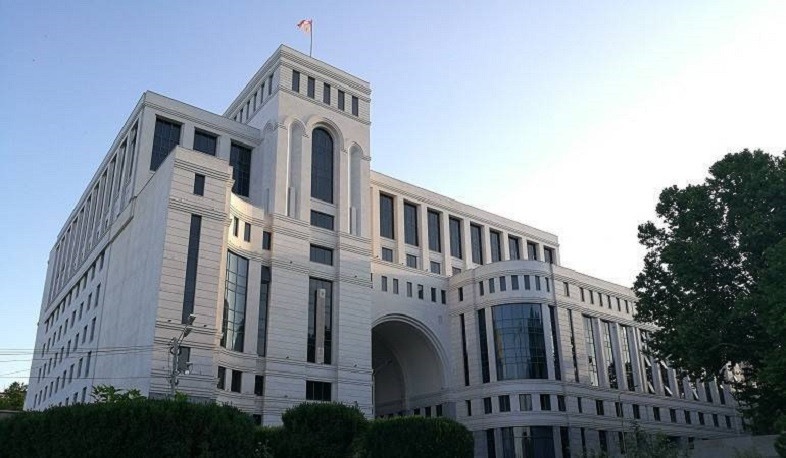 Armenia will pursue the implementation of the UN Court’s decisions by Azerbaijan and will inform the Court of any violations, the Ministry of Foreign Affairs of Armenia said in a statement.

On Tuesday, the International Court of Justice, the principal judicial organ of the United Nations, delivered its Orders on the Request for the indication of provisional measures made by the Republic of Armenia in the case concerning Application of the International Convention on the Elimination of All Forms of Racial Discrimination submitted by Armenia and Azerbaijan.

In its application for indication of urgent measures, Armenia provided evidence of Azerbaijan’s continuing policy of racially motivated killings and torture of Armenian prisoners of war and other detainees, as well as racial hatred towards Armenians and the destruction of Armenian cultural heritage.

The court found that within the framework of the International Convention on the Elimination of All Forms of Racial Discrimination, there is an immediate danger of irreversible damage to the rights of ethnic Armenians and obliged Azerbaijan to do the following:

The Foreign Ministry notes that during the oral hearing of the lawsuit filed by Armenia on the application of urgent measures, the Court referred to the official statement of the representative of Azerbaijan that the mannequins depicting Armenian soldiers were removed from the so-called ‘Trophy Park’.

The Ministry calls attention to the fact that the Court, in its decision, obliged Azerbaijan to take all necessary measures to prevent discrimination and incitement, “including by its officials and public institutions.”

“The anti-Armenian rhetoric consistently voiced by the top leadership of Azerbaijan, the inhuman treatment of Armenians under the control or jurisdiction of Azerbaijan, as well as the destruction and desecration of the Armenian cultural and religious heritage are insurmountable obstacles to the reduction of tensions in the region and peaceful development,” the Ministry stated.

It noted that the Court rulings on the indication of urgent measures recognize these realities and create binding legal obligations to address them under international law.

The Foreign Ministry said Armenia will pursue the implementation of the UN Court’s decisions by Azerbaijan and will inform the Court of any violations, the Ministry of Foreign Affairs said in a statement.

“The Court decision once again reaffirms the legitimacy of the Armenian side’s alarms during this period regarding prisoners of war and other detainees, endangered Armenian historical and cultural heritage in the territories of Artsakh (Nagorno-Karabakh) under Azerbaijani control, and anti-Armenian rhetoric voiced by Azerbaijan,” the Foreign Ministry stated.

It calls the attention of the OSCE Minsk Group Co-Chairs and other international partners to the decision of the UN International Court of Justice and urges them to continue their efforts to comprehensively address the identified issues.