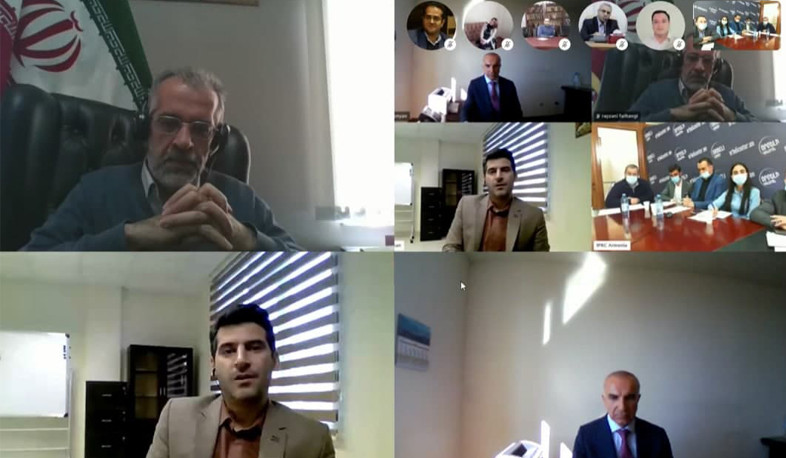 On October 27, on the initiative of Orbeli Analytical-Research Center, a webinar on ‘Armenia-Iran bilateral relations and the post-war regional situation’ was held.

Expert Ahmad Kazemi, referring to the so-called ‘corridor’ idea put forward by Turkey and Azerbaijan in the region and the pan-Turkic programs, stressed that in order to prevent such a dangerous process, Armenia-Iran cooperation must develop in all spheres.

According to Johnny Melikyan, an analyst at the Orbeli Center and an expert on Georgia, the regional ‘status quo’ changed as a result of the 44-day Artsakh war has created new challenges for Georgia. “Seeing the dangers posed by Turkey in the 3 + 3 format, Georgia took the initiative of its Georgian platform.”

Touching upon the actions of the Armenian side in the region, Melikyan noted that both in the relations between Armenia and Iran and Armenia-Georgia, as well as in wider dimensions, it is necessary to pass from ‘toast’ relations to a more practical field, to implement all planned programs, which will further strengthen the role of the two countries in the region and will make the implementation of the Persian Gulf-Black Sea corridor even more realistic.

They also touched upon the main challenges of Armenia and Iran after the Second Artsakh War, the opportunities for economic and political cooperation between the two countries, the goals pursued by Turkey after the 44-day war, and Georgia's prospects in the conditions of existing new developments in the South Caucasus.