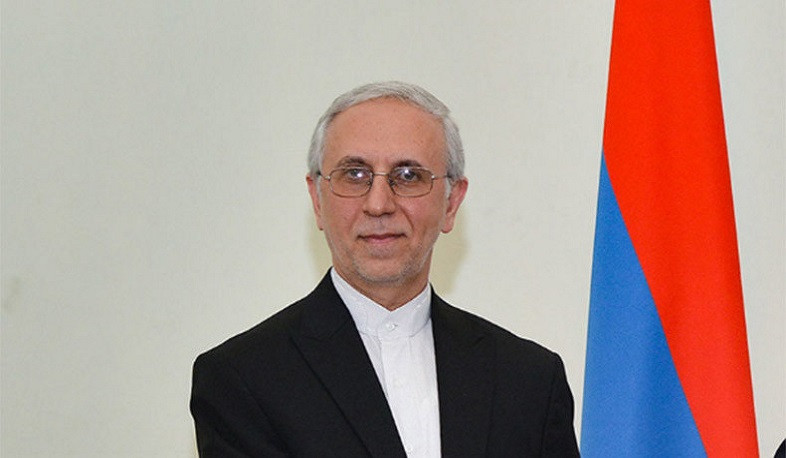 Iranian side is interested in possible participation in road construction projects in Syunik: Ambassador of Iran to Armenia

During Nikol Pashinyan's government, the relations between Iran and Armenia developed in all spheres., in an interview with Tasnim news agency, Iranian Ambassador to Armenia Abbas Badakhshan Zohouri stated.

Referring to bilateral relations, the diplomat stressed that “many issues were considered in the joint commission with Armenia, which is incomparable with the previous period.”

The Iranian ambassador also referred to the North-South corridor project, noting that there is the Chabahar from the Indian Ocean, the Persian Gulf, then the Julfa-Nakhichevan-Armenia-Georgia route, and from there to the Black Sea, which is safe and convenient trade turnover.

Zohouri also spoke about the construction of an alternative highway Goris-Kapan, emphasizing that the Armenian side is actively working in this direction - the new road will be shorter.

According to the diplomat, the Iranian side is interested in possible participation in road construction projects in Syunik, negotiations are underway in that direction.