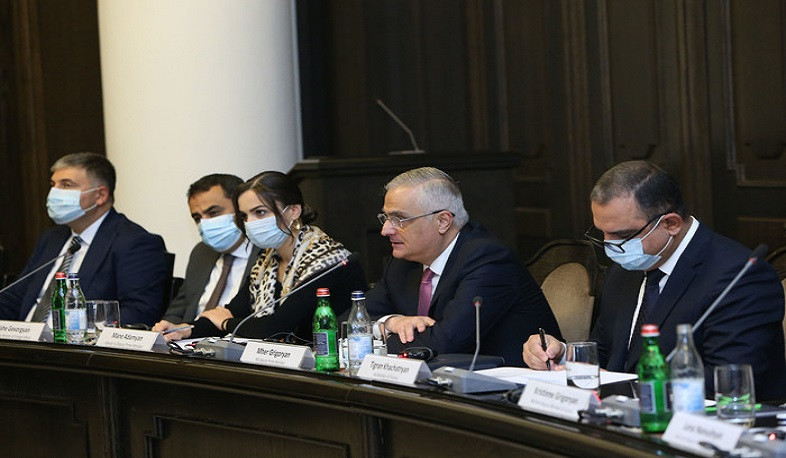 Co-chaired by Deputy Prime Minister of Armenia Mher Grigoryan and UN Resident Coordinator Shombi Sharp, a regular meeting within the framework of the Platform for Coordination of Cooperation with Armenia Development Partners was held.

Ambassadors of a number of countries implementing support programs in Armenia and heads of Armenia’s offices of international organizations took part in the meeting.

Considering that this is the first discussion in this framework after the formation of the Government, Deputy Prime Minister Mher Grigoryan presented to international partners the Government’s Action Plan, its main guidelines and planned reforms.

The Deputy Prime Minister mentioned that there is already serious cooperation in a number of fields, based on which it is possible to further deepen and extend the framework of joint programs. In particular, the directions of infrastructure, green economy and human capital development were highlighted. 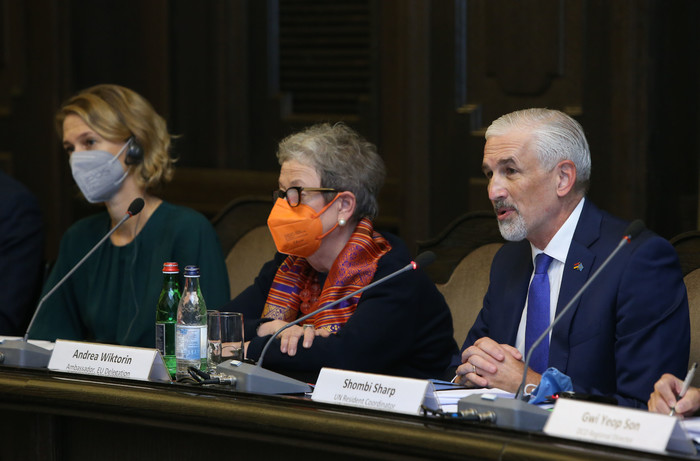 A reference was made to the necessity to consolidate efforts to meet modern challenges, emphasizing that a number of international partners have provided key assistance in overcoming crises. Public administration reform and the digitalization agenda were also highlighted during the meeting Minister of Finance Tigran Khachatryan presented the main directions of the fiscal policy of the government and the ongoing measures of ensuring macroeconomic stability.

The international partners highly appreciated the conduct of discussions in this framework and continued the meeting in the format of questions and answers.