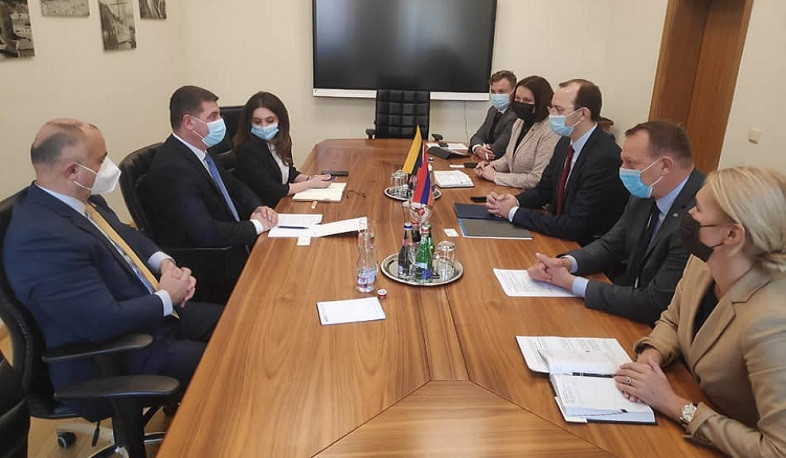 During the meeting, Minister Sanosyan thanked Marius Skuodis for the invitation and emphasized that the kind of visits contribute to the strengthening of the bilateral relationships.

The Minister valued the holding of the “Transport and Logistics 2050” innovative international conference and the issues raised.

During the meeting, the ministers discussed different issues of transport innovations and digitalization. Minister Sanosyan presented the legislative changes in Armenia in that direction.

The transport routes and aviation were also discussed. The sides valued the necessity of the experience exchange in the transport security issues.

At the end of the conversation, Sanosyan invited Marius Skuodis to Armenia.