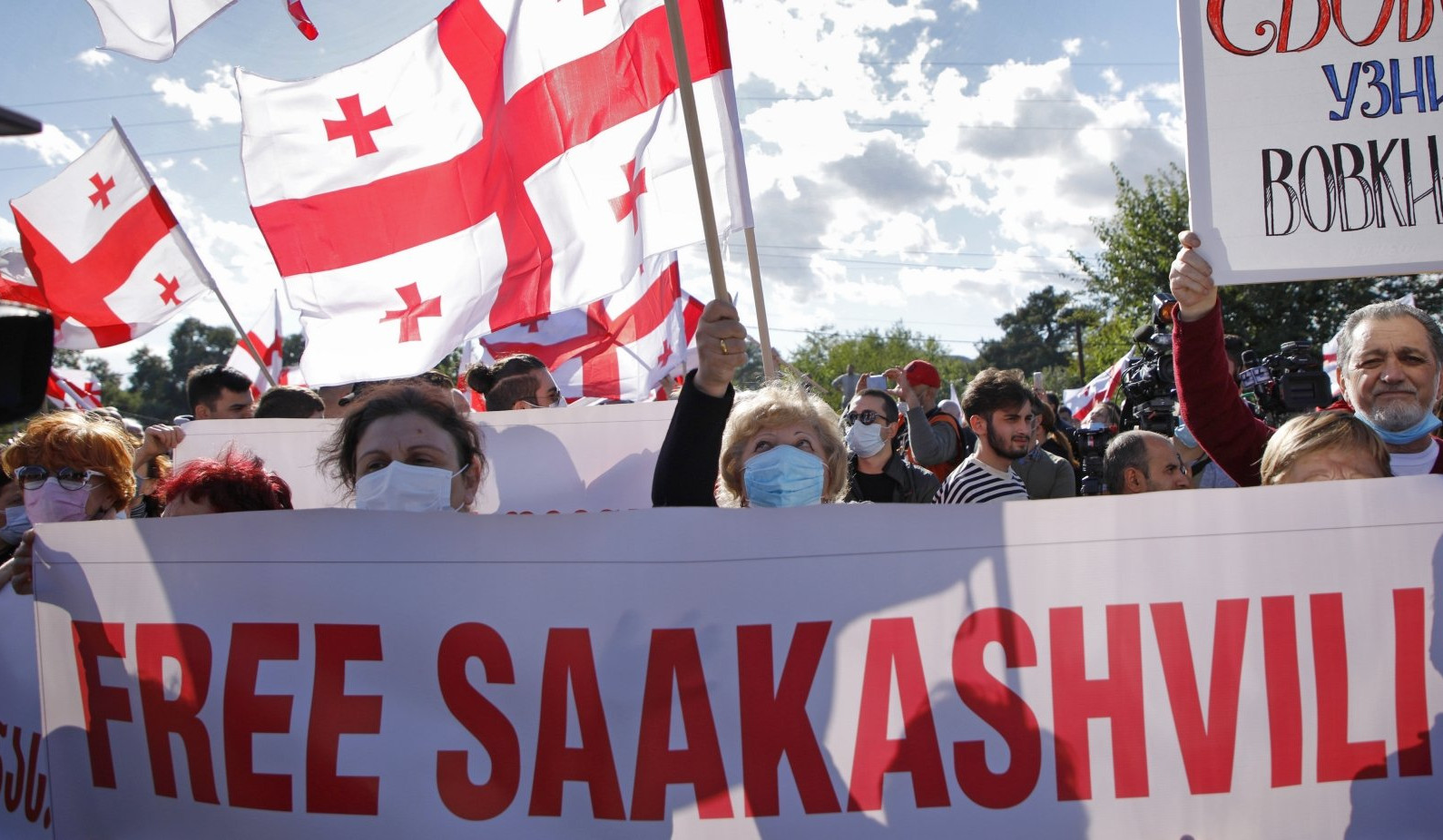 The rally of civil activists near the building of the business center of the founder of the ruling party of Georgia, Bidzina Ivanishvili, demanding the release of ex-President Mikheil Saakashvili escalated into a clash with the police, Sputnik Georgia reports.

Several dozen people gathered at the business center with the “Freedom to Misha” banner.

The clash with the police began after the participants decided to post stickers on the building.

As a result, three activists were detained.