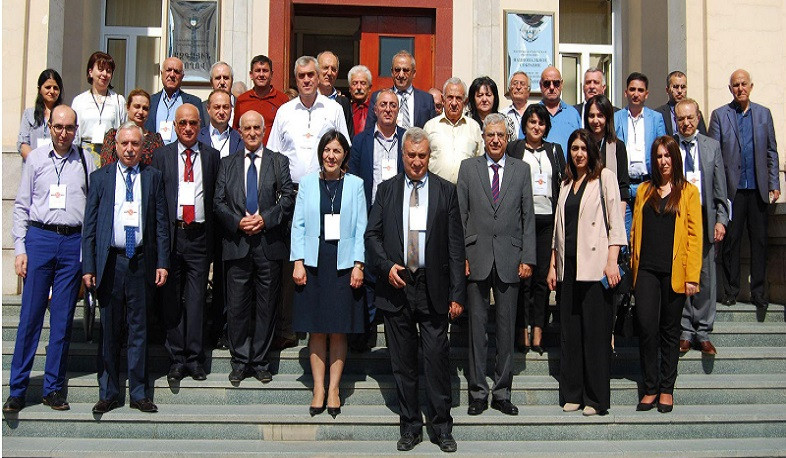 An international conference dedicated to the 30th anniversary of the proclamation of the Artsakh Republic (Nagorno-Karabakh) and Armenia’s independence was held on September 19-21 in Stepanakert, and on September 23 in Yerevan.

It was jointly organized by the Armenian National Academy of Sciences, the National Assembly of the Artsakh Republic, the Armenian Ministry of Education, Science, Culture and Sports.

The conference was attended by scientists from Armenia, Artsakh, Russia, Great Britain, Germany and France. The participants of the conference in Stepanakert first visited the memorial to the victims of the Artsakh war, laid flowers at the graves of the fighters who died in the struggle for the freedom and independence of the Homeland.

Based on the scholars’ discussions on the current challenges of the Artsakh Republic, the International Conference resolution on the 30-th anniversary of proclamation of the independence of the Republic of Armenia and the Artsakh Republic was adopted and a corresponding statement was published.

The participants of the conference also visited Gandzasar, participated in the presentation of the ‘Azerbaijan's genocidal behavior: history and modernity (from Legal-Political Assessment to International Court)’ collection.The conference continued its work in Yerevan on September 23.