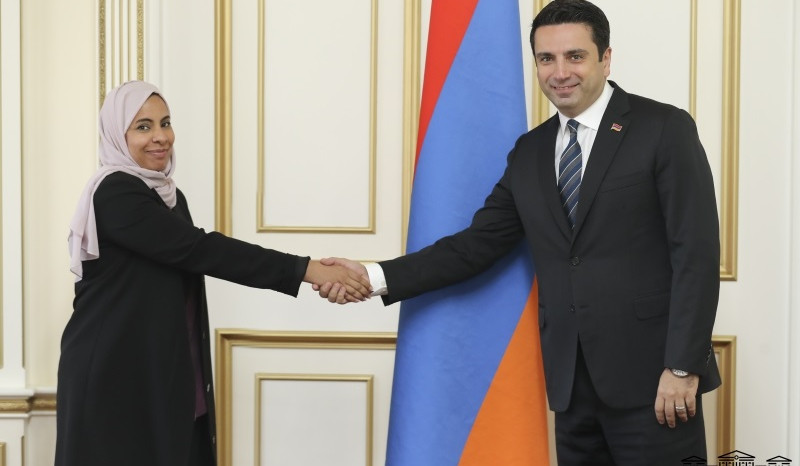 After the greeting speech, Armenian Vice President mentioned that Armenia considers the development of relationships with the Arab States of the Gulf very important. He highly appreciated the levels of regional and international balanced foreign policy of the UAE.

Referring to the necessity of developing the cooperation in the framework of parliamentary diplomacy, the Speaker stressed that NA will continue putting efforts in the activation of bilateral relationships.

Alen Simonyan informed the guest that in the near future a group of inter-parliamentary friendship will be formulated with UAE, formation of a similar group is expected from UAE.

At the end of the meeting thoughts were exchanged on the participation of Armenia in the upcoming “Dubai EXPO-2020” worldwide exhibition.