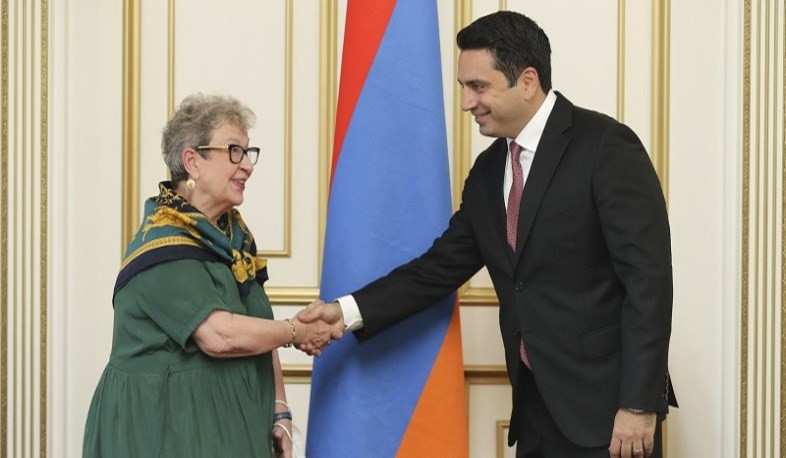 Alen Simonyan, the Armenian Vice President of the National Assembly received Ambassador Andrea Wiktorin, the head of the EU Delegation to Armenia.

Greeting the EU Ambassador, the Vice President mentioned that the development of partnership with European Union is one of the first directions of Armenia’s foreign policy.

The head of the Parliament expressed gratitude for the significant support provided by EU (2.6 billion euros), mentioning that it will be directed to a number of landmark initiatives.

Thanking for the admission, EU Ambassador greatly valued the fair and democratic Parliamentary elections in 2021. She reaffirmed the continuous support of the European Union to the process of Armenian democratic reforms.

In this context, the issues of the reinforcement of regional stability and security were discussed. There was also a reference to the provocative actions by Azerbaijani Armed Forces against the sovereign territory of RA.

At the end of the meeting both sides valued the implementation of programs aimed at activating cooperation at parliamentary level.