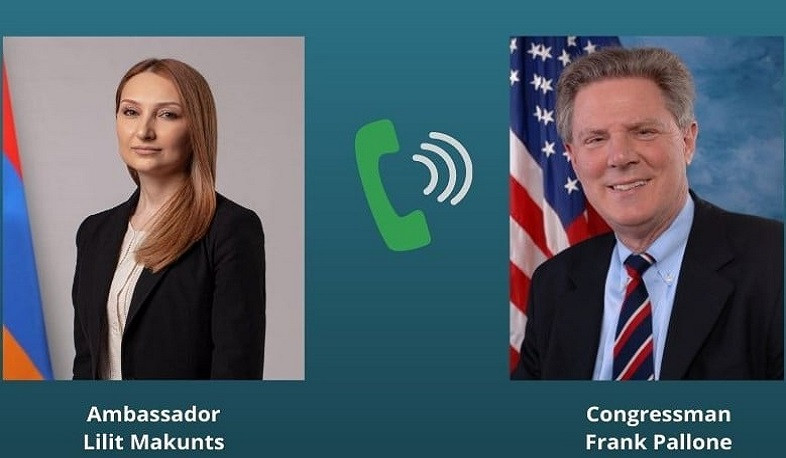 On September 8th Lilit Makunts, Ambassador of the Republic of Armenia to the United States of America, held a virtual meeting with Co-Chair of Congressional Caucus on Armenian Issues, Congressman Frank Pallone (D – New Jersey).

Ambassador expressed her gratitude for constant support and tireless efforts on bringing Armenian issues to the attention of Congress.

Ambassador Makunts briefed in detail about the situation around Artsakh (Nagorno-Karabakh) and the massive humanitarian crises that followed the 44-day war. In that regard Ambassador underlined the need for the immediate repatriation of the prisoners of war, captured civilians held in Azerbaijan.

Interlocutors stressed the importance to resume the process of peaceful settlement of the Nagorno-Karabakh conflict under the auspices of the OSCE Minsk Group Co-Chairmanship.