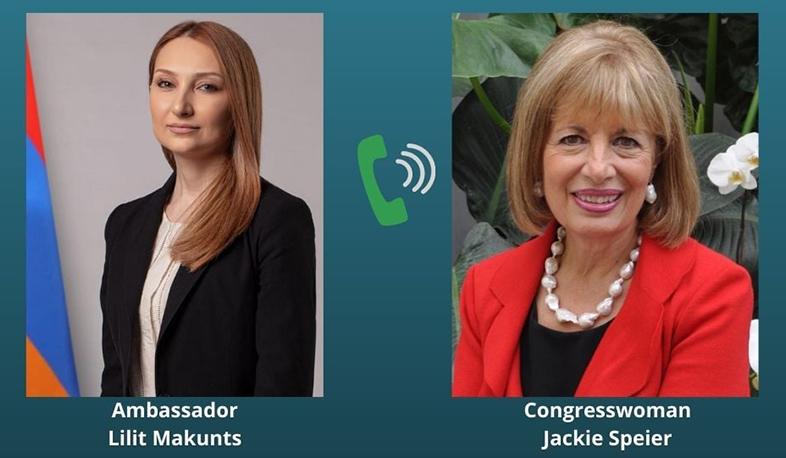 On September 10th Lilit Makunts, Ambassador of the Republic of Armenia to the United States of America, held a virtual meeting with Co-Chair of Congressional Caucus on Armenian Issues, Congresswoman Jackie Speier (D – California), Armenian Embassy to US reports.

Ambassador Makunts briefed the situation around Artsakh and stressed the urgency of addressing priority humanitarian issues followed by the 44-day war.

In this regard, Ambassador Makunts emphasized the need for unconditional repatriation of Armenian prisoners of war and captured civilians held in Azerbaijan.

Interlocutors emphasized the importance of resuming the process of peaceful settlement of the Nagorno-Karabakh conflict under the auspices of the OSCE Minsk Group Co-Chairmanship.