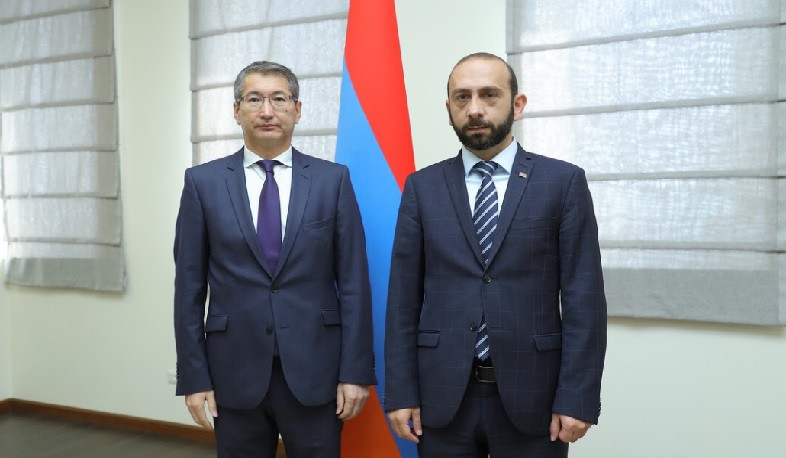 The interlocutors expressed satisfaction with the dynamic development of bilateral relations and the high level of political dialogue. They highlighted the steps taken to make full use of the existing potential in the Armenian-Kazakh relations in a number of areas, including trade, economic, scientific, cultural, high-tech and other areas. In this regard, the role of the Intergovernmental Commission on Economic Cooperation between the Republic of Armenia and the Republic of Kazakhstan was emphasized.

Minister Mirzoyan and Ambassador Imanbayev also referred to the prospects of mutually beneficial cooperation between the two countries in international and regional organizations, in particular, within the framework of the EEU, CSTO, CIS, and UN.

Mirzoyan drew his interlocutor's attention to the situation created as a result of the penetration of the Azerbaijani Armed Forces into the sovereign territory of the Republic of Armenia, emphasizing the inadmissibility of such a practice and the need to establish long-lasting peace and stability in the region. In this context, Minister Mirzoyan also mentioned the resumption of the process of peaceful settlement of the Nagorno-Karabakh conflict under the auspices of the OSCE Minsk Group Co-Chairs.