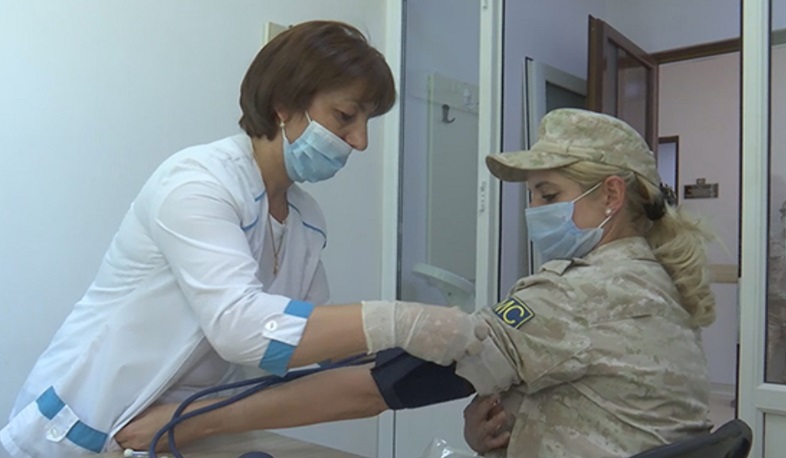 Servicemen of the Russian peacekeeping contingent donated about 40 liters of blood for citizens who are being treated in hospitals and living near the demarcation line in remote areas of Nagorno-Karabakh.

The donation of blood by servicemen took place on a voluntary basis in response to an appeal by local authorities to the Centre for Humanitarian Response of the Russian peacekeeping contingent for assistance.

About 100 Russian servicemen responded to the appeal and voluntarily donated their blood.  Blood sampling was carried out by specialists of the special-purpose medical unit of the peacekeeping contingent on the basis of the blood transfusion department in Stepanakert city.

The representative of the Russian peacekeeping contingent, Maxim Pugachev, said that before the procedure began, blood pressure was measured for each serviceman, a survey of complaints was conducted and the necessary questionnaires were filled out.  “At the end of the blood donation procedure, each serviceman was given an additional food ration in the form of chocolate, juice and cookies.  In addition, all blood donors from among the military will be provided with an additional day of rest,” he summed up.