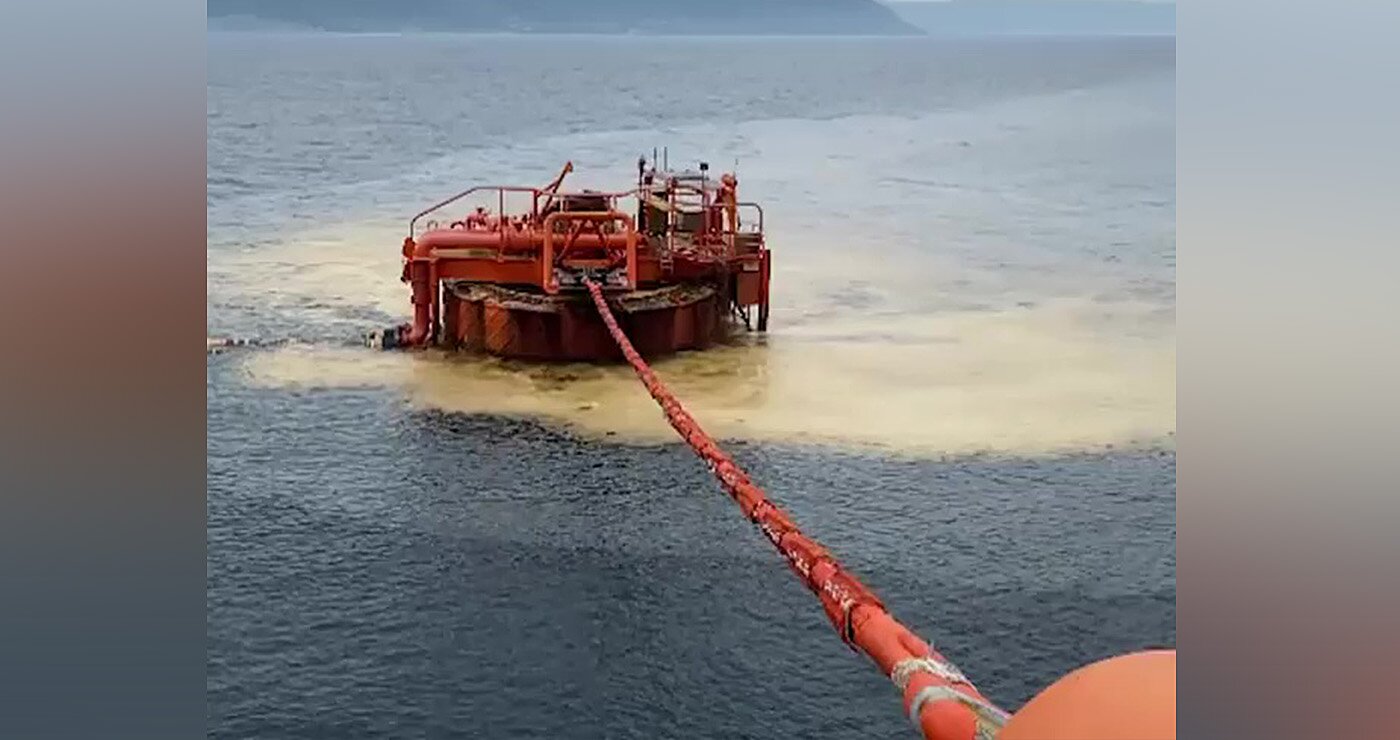 Russian scientists sounded the alarm on Wednesday over a huge oil slick in the Black Sea, with the World Wildlife Fund saying at least 100 tonnes of oil have leaked off the city of Novorossiysk, France 24 reports.

After it emerged that the slick was much larger than initially reported, investigators launched a pollution probe and the General Prosecutor's Office said officials were studying the coast between the resort town of Anapa and Novorossiysk.

The area is home to some of the country's best beaches popular with Russian tourists.

A leak occurred at a sea terminal near the southern port city at the weekend as the Greek-flagged Minerva Symphony was loading oil.

On Monday, the Caspian Pipeline Consortium (CPC), which controls the terminal, said the spill was contained, estimating that oil had spread over 200 square metres (2,150 square feet) and involved around 12 cubic metres (423 cubic feet) of oil.

By early Sunday, "the situation was back to normal" and posed no threat to either the local population or wildlife, said the consortium.

The WWF and Russian scientists said the oil slick was much more serious than initially reported and could harm the environment.

The conservation group said it had launched its own surveillance and found the slick had covered an area of 94 square kilometres by Sunday.

Greenpeace, which said it was asking for more information from officials, claimed the polluted area could be 400,000 bigger than initially reported.

The WWF estimated that at least 100 tonnes of oil -- "and most likely even more" -- had been released into the Black Sea.

"Despite the prompt involvement of rescue teams, the oil spread over a colossal area," the WWF said on Facebook, adding that marine wildlife could be affected.

Aleksei Knizhnikov, head of the responsible industry programme at WWF Russia, said the slick was drifting north, having already reached Abrau-Dyurso -- famed for its wine-making industry -- and might later reach the Utrish Nature Reserve.